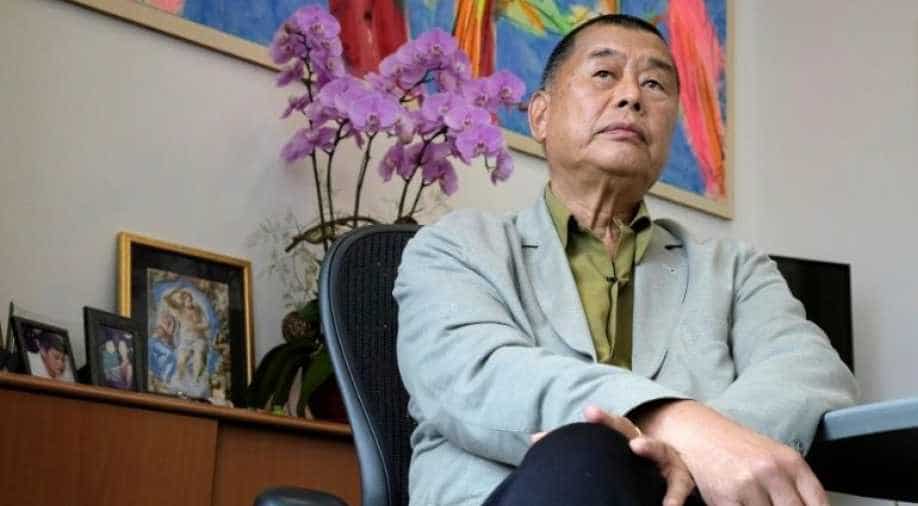 Hong Kong media tycoon Jimmy Lai said on Thursday he was overwhelmed by the support he got after becoming the most high-profile person to be arrested under a new national security law and urged patience in a "long-term fight" for democracy.

He was released on bail early on Wednesday, and greeted by a throng of supporters chanting "fight till the end".

In a #LiveChatWithJimmy video appearance on Twitter, Lai thanked his supporters and said their action showed the police raid was a "violation of Hong Kong people's belief" in wide-ranging freedoms, which he likened to oxygen.

The show must go on! https://t.co/oU4HwIx8lQ

He also said that China fails to understand ''how precious Hong Kong is because of its freedom institution of the rule of law, freedom of speech, freedom of religion and private property and all that the freedom of assembly, all that us, all that the British government left as a legacy for us, is a great protection of this city's freedom and also the foundation of international financial center.''

Lai, who China sees as a "traitor", was arrested under a new security law imposed by Beijing on June 30 in response to a year of pro-democracy unrest in the former British colony, which returned to China in 1997 under a "one country, two systems" formula aimed at preserving its autonomy.

Hong Kong's pro-democracy movement, fuelled by fears Beijing has been eroding city freedoms, has enjoyed and sustained broad support in the city. Lai said pro-democracy activists had to play a long game.

"We cannot be radical, we cannot confront them face-to-face because we're just like an egg and they are a high wall. We have to flexible, and innovative and patient, but persist," he said.

The law punishes whatever China considers subversion, secession, terrorism and collusion with foreign forces with up to life in prison.

Critics say the law brings semi-autonomous Hong Kong closer to mainland China's authoritarianism, while its supporters say it will bring stability to the city and safeguard its prosperity.

Since Lai's arrest people have been queuing up early in the morning to buy his Apple Daily, and many have also bought shares in Next Digital, Lai's media company that publishes his newspaper, sparking a rally of more than 2,000% at its peak.

Lai called the rise in share price an "ephemeral phenomenon" and urged people "not to touch it".