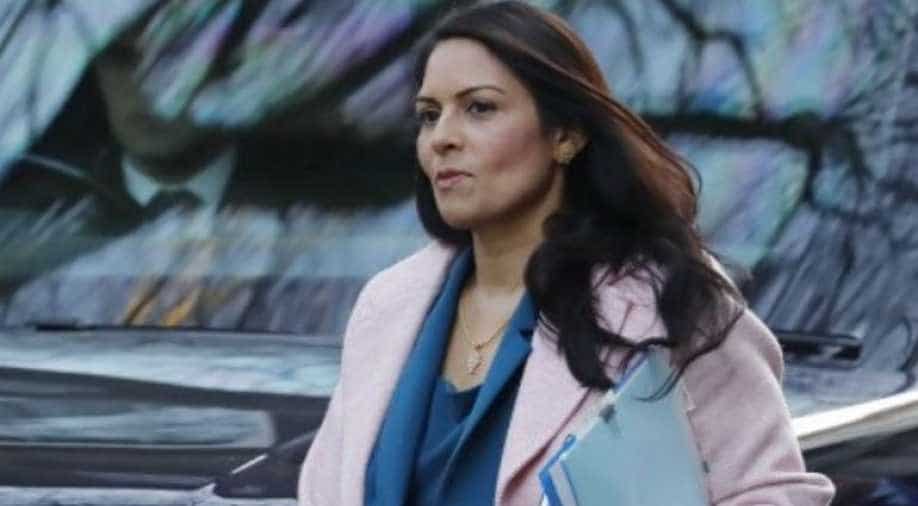 According to media reports, the staff of Britain's Home Office has accused her of belittling officials, making unreasonable demands and being rude and aggressive in meetings.

British Home Secretary Priti Patel has been accused of ''bullying'' and creating an ''atmosphere of fear'' in the Home Office as she tried to oust a senior civil servant.

According to media reports, the staff of Britain's Home Office has accused her of belittling officials, making unreasonable demands and being rude and aggressive in meetings.

They also complained that she is creating an ''atmosphere of fear''.

There were reportedly angry scenes at the top echelons of UK administration after she allegedly tried to oust her most senior civil servant, Sir Philip Rutnam after he raised concerns about her behaviour and the way she treats staff of her cabinet office.

Reportedly, cabinet secretary Sir Mark Sedwill was dragged into the row as Patel demanded the removal of Sir Philip.

Media reports claimed that the situation had become ''completely unsustainable and was going to blow up''.

Last week, a senior Home Office official had reportedly "fainted" after a tense meeting with her over the deportation of foreign criminals to Jamaica.

The official had fallen ill after being confronted by Patel who was angry after the official was unable to overturn the court's decision.

The incident sparked widespread backlash. A Home Office spokesperson said there had been no formal complaints against Patel as allies of the minister came to her defence, saying that while she was a demanding boss but was not unreasonable. They also attacked Sir Philip, blaming him for the "forced resignation" of Amber Rudd over the Windrush scandal in 2018.

The claims regarding her conduct come after the Home Office was criticised for its new points-based immigration system, which aims to reduce the number of low-skilled migrants coming into the country at the end of the Brexit transition period.