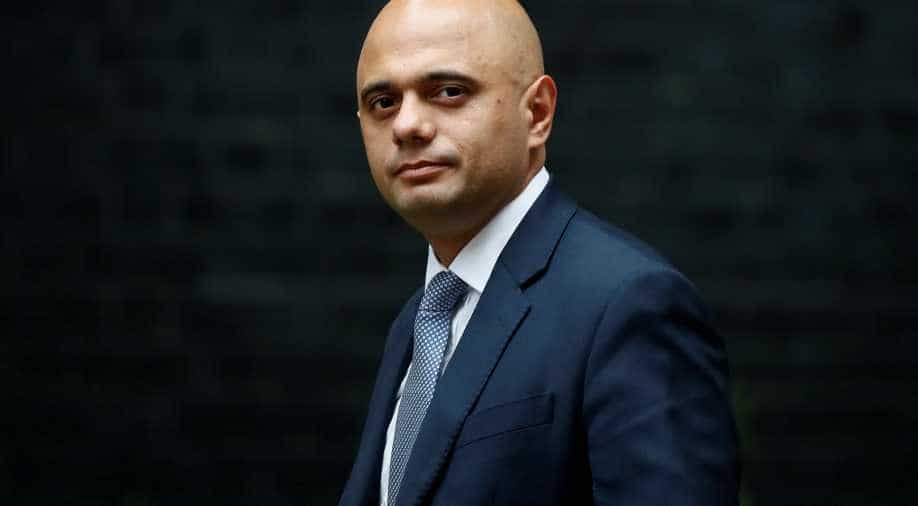 Amber Rudd has resigned as UK's home secretary following an immigration scandal. She was repeatedly struggling to account for her role in the unjust treatment of Windrush-generation migrants, reports said on Monday.

A statement from Downing Street confirmed that the British Prime Minister Theresa May has accepted Rudd's resignation.

Sajid Javid has now been appointed the new home secretary. He is the first BAME politician to hold the role and his appointment could offer some hope to critics that the government is aware of how damaging the issue has been for community relations and trust in the immigration system.

Rudd, who was due to make a statement on Monday about her department's policy on removals, was under pressure to quit due to a scandal involving the Windrush generation, the first large group of Caribbean migrants to arrive in the UK after World War II, reported CNN.

She has been at the receiving end over the existence of Home Office removals targets and her know-how about the same.

Rudd told MPs last week the Home Office did not have targets for removing illegal immigrants, but on Sunday the Guardian published a letter in which Rudd set out her "ambitious but deliverable" aim to deport 10% more illegal immigrants over the "next few years" to Theresa May.

Rudd is the fourth person forced to resign from the cabinet in the last six months - following Sir Michael Fallon, Priti Patel and Damian Green.

However, reports said that she had written to the Prime Minister Theresa May about the department's aspiration to increase "removals" by 10 per cent.

"I wasn't aware of specific removal targets. I accept I should have been and I'm sorry that I wasn't. I didn't see the leaked document, although it was copied to my office as many documents are," Rudd tweeted on Friday.

British ministers have struggled for two weeks to explain why some descendants of the so-called "Windrush generation", invited to Britain from its former colonies to plug labour shortfalls between 1948 and 1971, were denied basic rights.

Javid, the first lawmaker from Britain's Black, Asian and Minority Ethnic community to become interior minister, tried before his appointment to address public anger over the scandal by saying his own family could have been caught up in it.

"We are going to have a strategy in place ... about making sure that we have an immigration policy that is fair, it treats people with respect and with decency, and that will be one of my most urgent tasks," Javid told Sky News on Monday.

A spokesman for May said Javid, who had been minister for housing, communities and local government, "is one of the most experienced ministers around the cabinet table".

"At Housing, he has proved his drive, his ambition and determination to get to grips with difficult subjects, and these are abilities which will all be required at the Home Office."

May will hope Javid's appointment deflects public anger over a problem the opposition Labour Party says is at least partly her fault because she spent six years as home secretary.