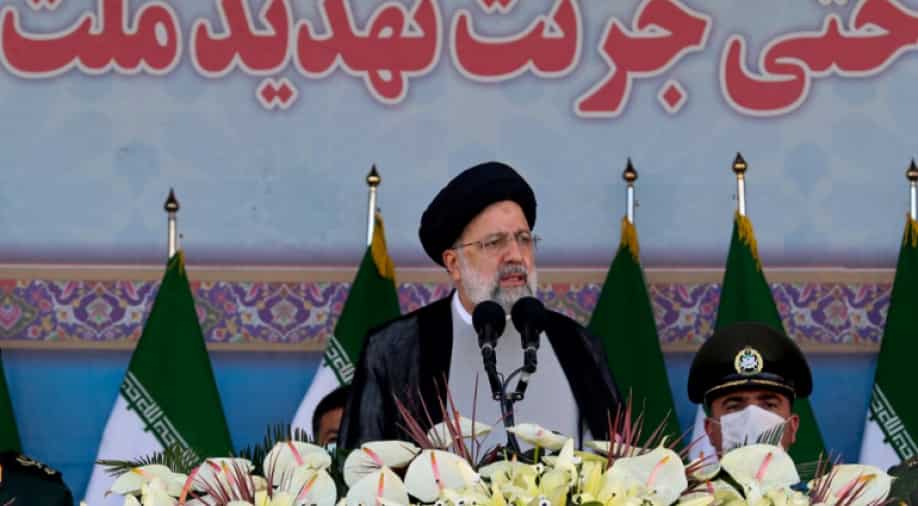 Opposing the nuclear deal, Israel said it does it do enough to curtail Iran's military activities

During a speech to mark the National Army Day, Raisi said, "The Zionist regime (Israel), you should know that ... if you take the slightest move against our nation, our armed forces will target the heart of the Zionist regime."

He added that "Our strategy is defence and not offence.”

"Iran's army used the opportunity of sanctions very well to empower itself, and our military industries are now in the best shape."

His statements come amid stalled talks between Tehran and the world powers to revive Iran's nuclear capabilities.

They were suspended after a dispute between the United States and Tehran after Washington refused to remove the Islamic Revolutionary Guard Corps from its list of terrorist organisations.

Iran has blamed Israel for destroying its several nuclear sites in airstrikes. In return, anti-Israel militant groups such as Hamas and Hezbollah had launched an offensive in the Gaza Strip last year.

Opposing the nuclear deal, Israel said it does it do enough to curtail Iran's military activities. It has refused to accept the Islamic Republic as "a nuclear threshold state".

Defending its nuclear programme, Iran insisted that was aimed at generating power and for medical purposes.

According to Israeli Prime Minister Naftali Bennett, his country will act in its best interest and counter all possible threats.

The 2015 nuclear pact collapsed after former US President Donald Trump's withdrawal and imposition of harsh sanctions on Iran. Indirect talks have been going on since 2018 to revive it.

An Islamic Revolution in 1979 ousted the pro-West monarchy in Iran. It brought Islamists to power and ever since then Iran has not recognised Israel.