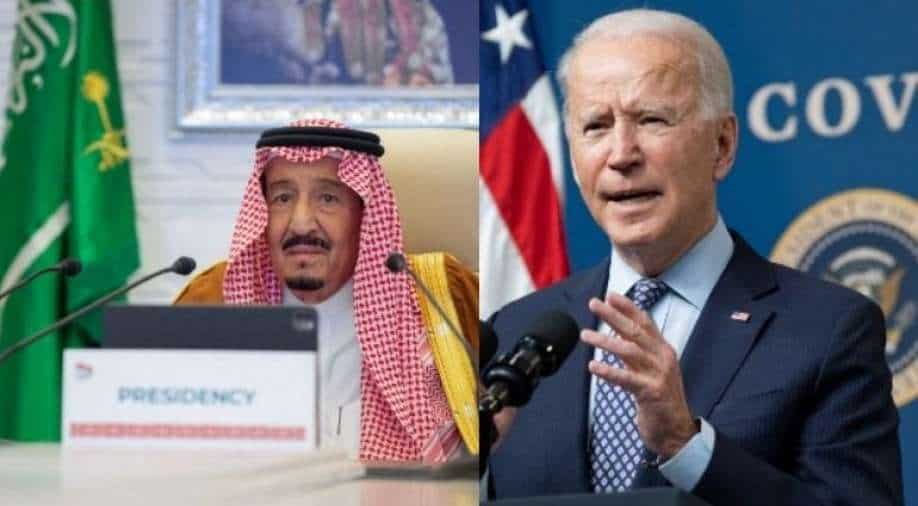 The two leaders also discussed the US commitment to help Saudi defend itself against attacks by Iran-aligned groups.

US President Joe Biden spoke to Saudi Arabia's King Salman, 85, for the first time after taking office as president on January 20.

The US president stressed the importance of human rights and vowed to make the relationship between the two countries stronger and more transparent.

The two leaders also discussed the US commitment to help Saudi defend itself against attacks by Iran-aligned groups.

According to a statement from the White House, President Biden stressed "the depth of the relationship between the two countries" and discussed Iran's "destabilizing activities and its support for terrorist groups" in the region.

US secretary of state Antony Blinken had earlier called Saudi foreign minister Faisal bin Farhan and "discussed the importance of Saudi progress on human rights, including through legal and judicial reforms."

Biden's call to King Salman comes ahead of the release of the intelligence report on the murder of a Washington Post journalist Jamal Khashoggi who was murdered in 2018 in the Saudi consulate in Istanbul.

Saudi Arabia had conducted its own investigation handing death sentences to five people, however, a Saudi court last year had overturned the verdict giving them jail terms of up to 20 years.