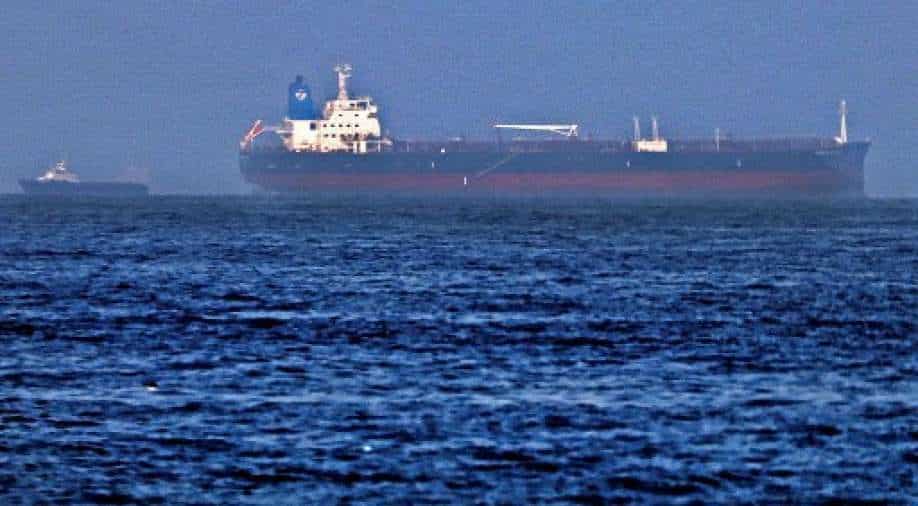 Israeli-linked Japanese-owned tanker MT Mercer Street, off the port of the Gulf Emirate of Fujairah in the United Arab Emirates Photograph:( AFP )

The latest incident comes just days after the blast on MT Mercer Street tanker, which Israel and the US blamed on an Iran drone strike.

Britain's maritime security agency on Wednesday said the "potential hijack" of the ship off UAE's coast has ended just days after an attack on an Israeli-managed tanker off the Omani coast.

US State Department had said it was looking into reports of a maritime incident in the Gulf of Oman as Britain's foreign ministry said it was "urgently investigating" the incident.

The incident is linked to the Panama-flagged tanker Asphalt Princess in UAE’s Fujairah area in the Gulf of Oman.

Meanwhile, Reuters quoting three maritime security sources reported Iran-backed forces were believed to be behind the incident. However, Iran dismissed the claims, with the foreign ministry saying: "Reported 'incidents' in the Persian Gulf and broader region appear utterly suspicious".

The tanker was reportedly travelling to Sohar, a port in Oman. UKMTO categorised it as a "potential hijack".

The development comes amid the row over MT Mercer Street tanker blast in which two crew members belonging to Britain and Romania were killed.

Israel and the US blamed the attack on the Iranian drone. The vessel was owned by Israeli billionaire Eyal Ofer. The US and Britain said they will work with allies to work towards an appropriate response even as Iran denied any involvement in the suspected drone strike.