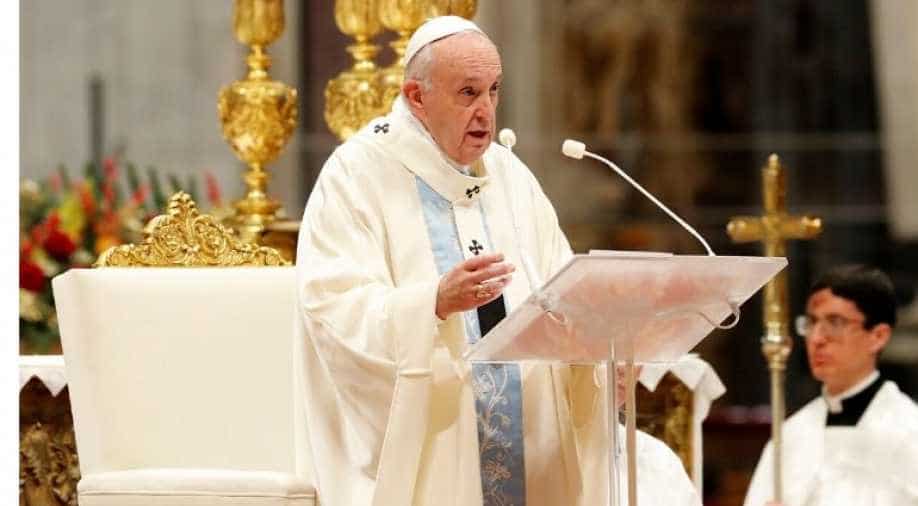 Francis exhorted the faithful to "feel outrage" over exploitation of the indigenous and destruction of land devastated by illegal mining and deforestation.

Pope Francis on Wednesday pleaded for social justice and environmental respect for the Amazon basin, but failed to recommend the controversial idea of married priests.

In a highly anticipated text, Francis exhorted the faithful to "feel outrage" over exploitation of the indigenous and destruction of land devastated by illegal mining and deforestation.

Also see: Deforestation in the Amazon soars to record numbers in 11 years

Notably absent in his text, however, was mention of priestly marriage, a controversial suggestion made by Amazon bishops during a three-week synod on the region last October as a way to increase the number of priests who could perform Mass in remote areas. Instead, the first Jesuit pope argued for women and missionaries to take larger, more important roles in the region and advocated for better training for priests to better interact with Amazonian cultures.

Francis has weighed in before on the hotly debated question of whether to allow married "men of proven virtue" to join the priesthood in remote locations, a suggestion that has aroused fierce opposition from traditionalists within the church.

In January 2019 Francis said he did not believe that optional celibacy should be allowed, while conceding "some possibilities for far flung places," a statement that opened the door to speculation that he might make an exception for the Amazon.