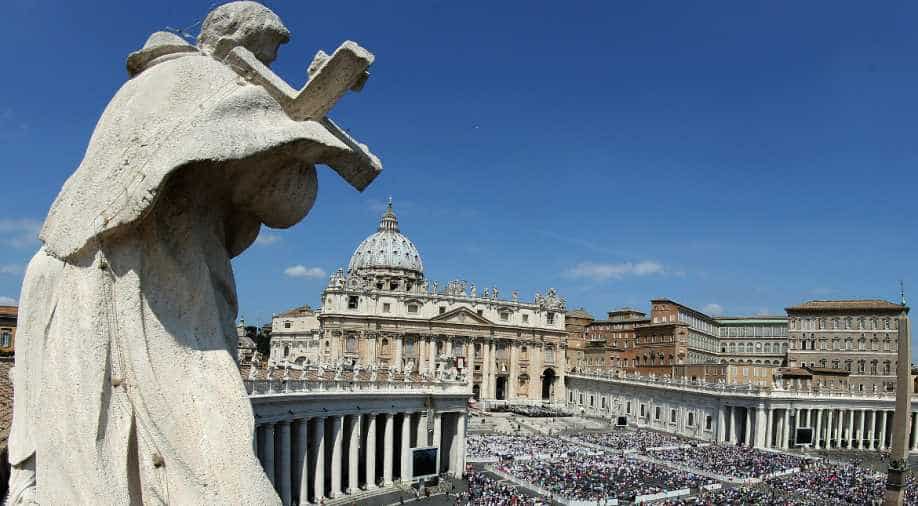 Among the most striking revelations was that fewer than 20 per cent of donations made by believers around the world under the Peter's Pence scheme ended up being spent on good works. Photograph:( Getty )

Follow Us
Pope Francis issued a decree on Saturday aimed at boosting transparency over Vatican finances, which have been under scrutiny since leaks of secret documents revealed serious irregularities that may have masked corruption.

The move follows months of tension between the body charged with managing the Holy See's assets and the Vatican's powerful economy ministry.

The Argentine pontiff's "motu proprio" reverses a 2014 bill which had transferred the competencies of the authority in charge of the Vatican's real estate,known as ASPA, to the Secretariat for the Economy, headed by finance czar Cardinal George Pell.

It essentially left Pell's department both in charge of managing the assets and keeping watch over asset management.

"It is of the utmost importance that bodies responsible for vigilance are separated from those that are being overseen," Francis said in the new document published by the Vatican.

The decree stresses that the Catholic Church's "earthly assets" are "intended for divine worship, the honest maintenance of the clergy, the apostolate and works of charity, especially in service of the poor".

It emphasises "the need to pay the utmost attention to ensuring the administration of economic resources always serves these ends".

It comes two days after a prelate and PR expert were found guilty of playing a role in leaking documents which revealed gross financial mismanagement within the Vatican bureaucracy that Francis inherited three years ago.

Among the most striking revelations was that fewer than 20 per cent of donations made by believers around the world under the Peter's Pence scheme ended up being spent on good works.

The rest was swallowed up by the Vatican bureaucracy, reportedly helping to subsidise the luxurious lifestyles of certain cardinals.

Vatican expert Andrea Tornielli, writing in La Stampa's Vatican Insider supplement, said Francis had made a significant addition to the 2014 statute by including in his motu proprio the phrase "on the basis of the criteria established by the Superior Authority".

"These words... reiterate the pope's role in assessing the transactions of greatest importance", limiting the reach of both Pell and Cardinal Domenico Calcagno, who is charge of APSA (the Administration of the Patrimony of the Apostolic See), Tornielli said.

"Francis trusts in the 'mutual collaboration of superiors of the two dicasteries (Vatican departments) concerned,' in other words Pell and Calcagno," Tornielli said, describing the pontiff's reference to collaboration as "significant."