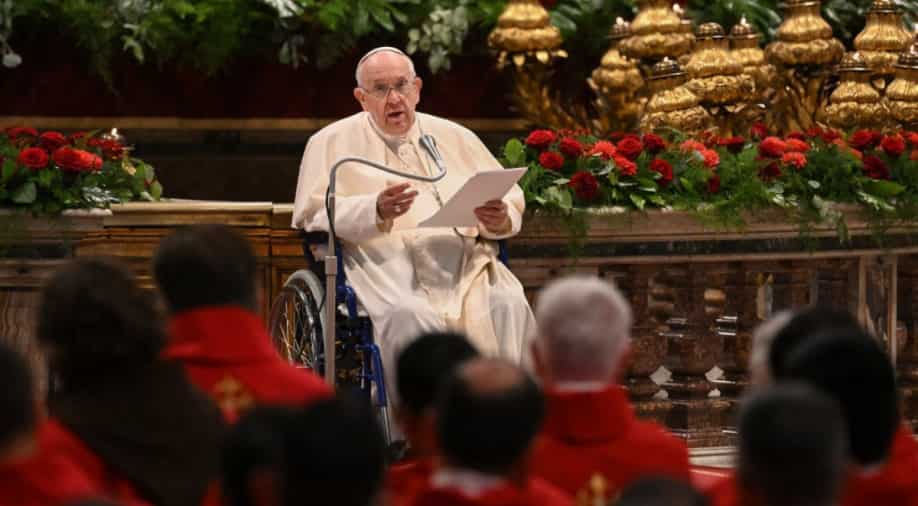 Given his increased mobility problems that have forced him to use a wheelchair for the last month, media reports have claimed that Pope Francis will follow Pope Benedict XVI and step down

Adding fuel to rumors about the future of his pontificate, Pope Francis has announced that he will visit the central Italian city of L’Aquila in August.

Given his increased mobility problems that have forced him to use a wheelchair for the last month, media reports have claimed that Pope Francis will follow Pope Benedict XVI and step down.

The 85-year-old's announcement of the creation of a consistory comprising of 21 new cardinals, 16 of those cardinals are under age 80 and eligible to vote in a conclave to elect Francis’ successor, further added momentum to the conjecture.

Francis will have stacked the College of Cardinals with 83 of the 132 voting-age cardinals, once they are added to the ranks of princes of the church.

The chances that they will tap a successor who shares Francis’ pastoral priorities become ever greater even though there is no guarantee how the cardinals might vote.

To brief the cardinals about his recent apostolic constitution reforming the Vatican bureaucracy, Francis also announced he would host two days of talks the following week.

From imposing term limits on priestly Vatican employees to allowing women to head offices, the document goes into effect Sunday.

Francis’ main task as pope has in some ways been accomplished after the rolling out of reforms regarding the Roman Curia.

With all but the essential business closed, the Vatican and the rest of Italy are usually on holiday from August to mid-September.

Vatican commentator Robert Mickens tweeted “With today’s news that @Pontifex will go to L’Aquila in the very middle of the August consistory, it all got even more intriguing.”