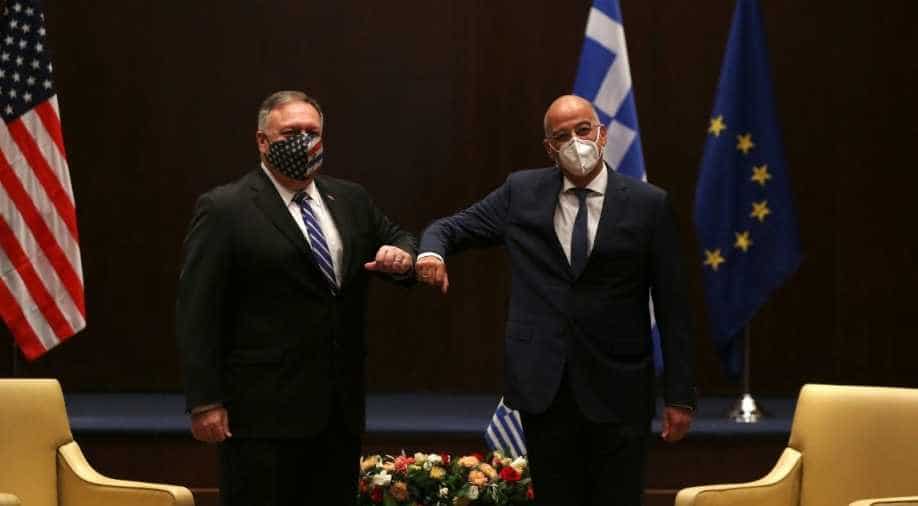 The two NATO members have spent weeks at loggerheads after Ankara sent exploration vessels into disputed waters, roping in other European powers and raising concern about a wider escalation.

US Secretary of State Mike Pompeo requested NATO allies Greece and Turkey to resolve Mediterranean row and said his country will use its diplomatic and military influence in the region to try to ease a volatile dispute over energy rights.

Rival claims to potentially resource-rich territory under the Mediterranean should be resolved "peacefully in accordance with international law", said Pompeo and Greek counterpart Nikos Dendias in a joint statement after holding talks in Thessaloniki.

Always fantastic to see Greek Foreign Minister @nikosdendias. Today in Thessaloniki, we discussed the enduring strength of the U.S.-Greece relationship, the Western Balkans, and de-escalation of tensions in the Eastern Mediterranean. pic.twitter.com/lKVV3yJjxN

Relations between Greece and neighboring Turkey deteriorated sharply this year over disputed maritime boundaries and exploration rights in the eastern Mediterranean.

The two countries have spent weeks at loggerheads after Ankara sent exploration vessels into disputed waters, roping in other European powers and raising concern about a wider escalation.

Turkey has also angered Greece by repeatedly casting doubt on postwar treaties setting out the status quo in the Aegean and eastern Mediterranean.

But last week Athens and Ankara said they were ready to start talks.

Pompeo, on a two-day visit to Greece, said in the joint statement that the US "welcomed Greece's confirmed readiness to engage with other countries in the region to achieve maritime delimitation agreements".

It is the first time a US secretary of State visits Thessaloniki, seen as a gateway to investment and trade in the Balkans.

Pompeo signed a bilateral science and technology agreement while in Greece, which seeks to become an energy hub in the Balkans, and meet with business leaders in the energy sector.

On Tuesday Pompeo will hold talks with Mitsotakis at Souda military base, a NATO and Greek naval base, on the island of Crete.