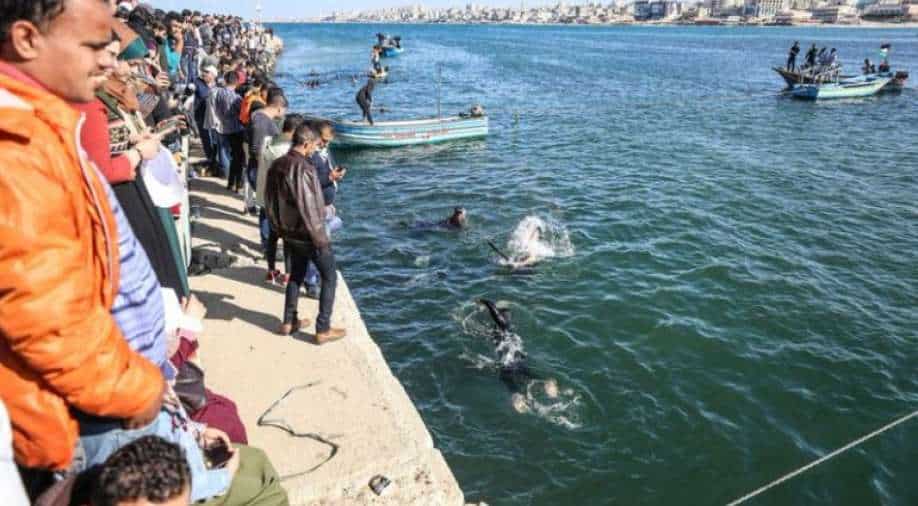 The fouling of the valley with raw sewerage, wastewater and rubbish is a consequence of chronic under-development in the strip that has been blockaded by Israel since 2007

The road meandering towards Gaza Valley is notorious for the stench of pollution choking the plant and animal life that once flourished in the Palestinian enclave's biggest wetland.

That is expected to change after the sullied habitat was declared Gaza's first nature reserve, set for a UN-backed, decade long clean-up effort under the territory's Hamas Islamist rulers.

"The valley will return to its beautiful natural state" for local people to walk through and enjoy, said Jaber Abu Hajeer, the mayor of the area known as Wadi Gaza.

The fouling of the valley with raw sewerage, wastewater and rubbish is a consequence of chronic under-development in the strip that has been blockaded by Israel since 2007.

Gaza's poor infrastructure cannot manage the waste produced by a population that has rapidly grown to 2.3 million.

For more than three decades, sewage was pumped straight into Wadi Gaza and parts of its became dumping grounds for household waste and construction debris.

What was once a "beautiful nature reserve" gradually became "a swamp full of insects, snakes and bacteria, an out-of-control dump," said Abdel-Fattah Abd Rabbo, an environmental specialist at the Islamic University of Gaza.

Until last year, some 16,000 cubic metres of wastewater were pumped into the valley every day, say local authorities, causing a range of health problems for families living along the waterway that empties into the Mediterranean Sea.

Local resident Abdulkarim al-Louh said "unfortunately, due to the political situation that we are living under, the reserve got destroyed and was transformed into a waste water swamp".

He said he hoped that reversing the damage "will clear the area of the diseases, water waste, insects and mosquitos that all Wadi Gaza residents suffer from".

The pumping of untreated effluent into the valley stopped last year, when a new treatment plant opened in central Gaza, but Wadi Gaza's full rehabilitation is expected to take time.

Step one is the clean-up, and municipal staff were on site last week trying to clear the creek of filth.

The next phase is a massive tree-planting effort, ahead of infrastructure improvements including better road access to make the area attractive to local tourists.

Abu Shaaban said the master plan aims to solve "all the environmental issues in the valley", including pollution, encroachment, building violations and "the floods the valley has been suffering from over the years".

Gaza's population, which has endured the crippling blockade and waves of conflict between Hamas and Israel, have few outdoor recreational spaces other than the coastline.

Israel and Egypt tightly control access in and out of Gaza and foreign visitors are largely kept away.

Mayor Hajeer pledged that, when the restoration project is completed, Wadi Gaza will become "a cultural, sporting and tourist attraction".

Abdulrahim Abu al-Konboz, director of solid waste management in Gaza, said all residents "will benefit from this programme since the water that runs through Wadi Gaza will be clean and free of pollutants when it reaches the sea.

"Gaza beach in the summer will be free of the pollution which used to come from the Wadi Gaza area."