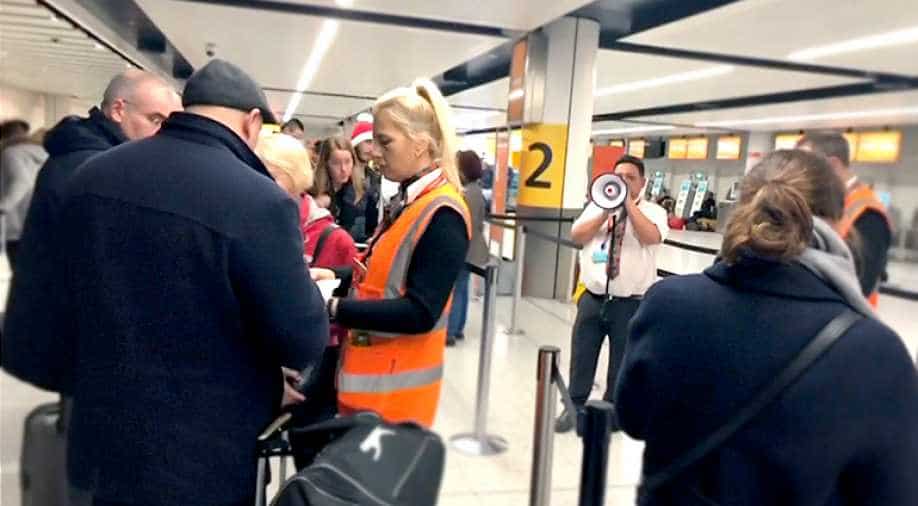 British Prime Minister Theresa May said that police powers over the flying of drones could be extended after the country's second biggest airport was closed due to unknown operators flying the devices within its airspace.

"I feel for all those passengers whose travel plans have been disrupted by this drone activity and the action that's had to be taken in response to it," the British prime minister said, adding,"w've already passed legislation in relation to the use of drones, the activity we've seen is illegal and those who are caught endangering aircraft can face up to five years in prison."

"We're consulting on further aspects of this, including further police powers," May said.

As thousands of passengers waited at Gatwick Airport, south of London, police hunted unsuccessfully for the operators of the large drones, which reappeared near the airfield every time the airport tried to reopen the runway.

Police said there was no indication of a terrorist motive behind the devices, which first appeared on Wednesday night. Britain sent troops to its second-biggest airport after an unprecedented attempt to cripple Christmas travel with large drones forced all flights to be cancelled on Thursday.

"The assessment earlier on today was that we wouldn't be using firearms," detective chief superintendent Jason Tingley said late on Thursday. "This is continually reviewed so you will know and have seen that we have firearm officers deployed."

The armed forces were also deployed to help resolve the situation.

"We are there to assist and do everything we can," defence minister Gavin Williamson told reporters.

Drones were seen as recently as the last hour, a Gatwick spokesman said at about 2200 GMT on Thursday, more than 24 hours after their first sighting.

The airport said flights would remain shut down for the rest of the evening on a day when 115,000 people were scheduled to pass through, many en route to seasonal breaks.