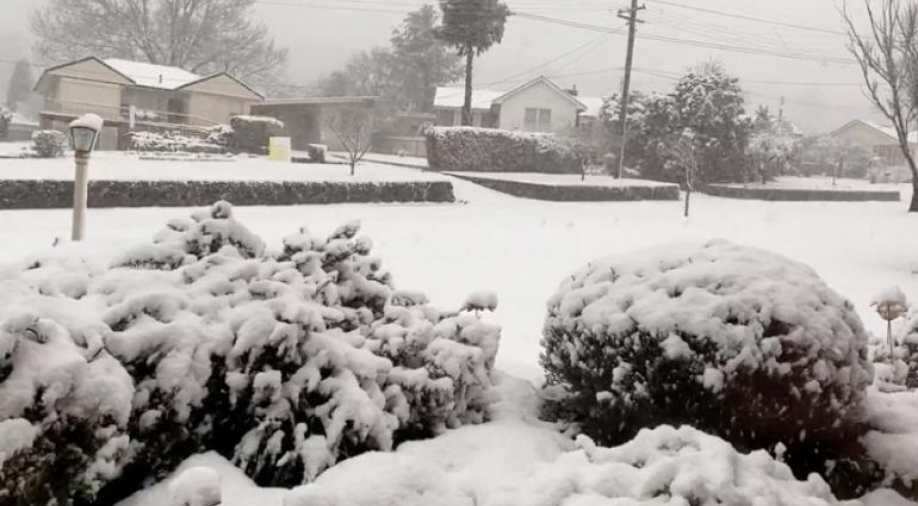 Antarctic air reaching Australia's south east triggered snowfall down to low altitudes across several states on Saturday, with many people out enjoying the rare event despite wild winds and heavy snow that closed some roads.

Does it normally snow in Australia in August? Seems odd… https://t.co/EYHOqYj2kh

According to the NSW Bureau of Meteorology, Australia’s capital city of Canberra is set to experience its “coldest day” of the year.

Over one metre (3.3 feet) of snow had fallen in a number of alpine regions, and the cold weather would likely remain for several days, the bureau said.

#Snow has made for some beautiful scenes at #MtMacedon this morning. ❄️ These wintry conditions are set to hang around for #Vic and #NSW all weekend. Is there more snow on the way for you? You can find out by using https://t.co/CX9zhCmju3. pic.twitter.com/gmuicINPyM

The sudden snowfall in the east coast has been caused by an ‘Antarctic blob’, a strong and powerful weather system, which has also brought icy winds, thunder and hail to elevated areas in the region.