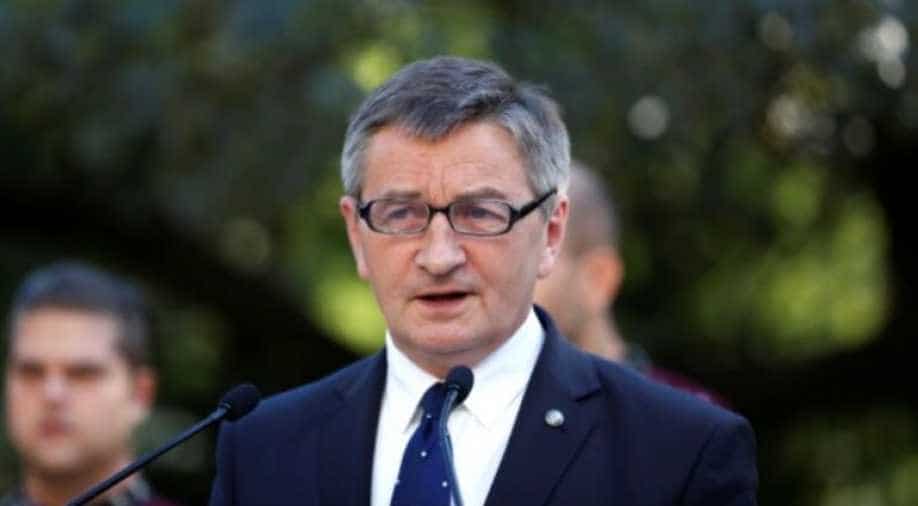 Polish Parliament Speaker Marek Kuchcinski speaks during the ceremony of unveiling the burst of Marshal Jozef Pilsudski on the occasion of 100 years of Poland's independence in Budapest, Hungary, Photograph:( Reuters )

Political analysts said that until Thursday the PiS had adopted a wait and see approach, hoping the scandal would die off amidst the summer holiday lull.

Poland's parliament speaker, Marek Kuchcinski, said on Thursday he would resign after it was revealed that he used government aircraft for private trips by family members.

With elections set for October, the scandal has embarrassed the ruling right-wing nationalist Law and Justice (PiS) party, which has said it is cleaning up an alleged legacy of graft and communist influence tolerated by previous governments.

"I plan to submit my resignation tomorrow," Kuchcinski told a news conference, three days after he apologized for using government Gulfstream jet for 23 flights with his family.

Political analysts said that until Thursday the PiS had adopted a wait and see approach, hoping the scandal would die off amidst the summer holiday lull.

But after the Polish media published further details of the flights and pointed to discrepancies in explanations by Kuchcinski and the government, the potential damage became too serious to gloss over.
A poll published by Super Express tabloid on Thursday showed that almost two-third of Poles wanted Kuchcinski to resign.

A survey taken by IBRiS pollster before the scandal broke gave PiS 41.7per cent if elections were held now, with the main opposition bloc, the centrist Civic Platform, at 25 per cent and a group of leftist parties at 10.2per cent.