Planet Earth witnessed its quietest period in decades during 2020 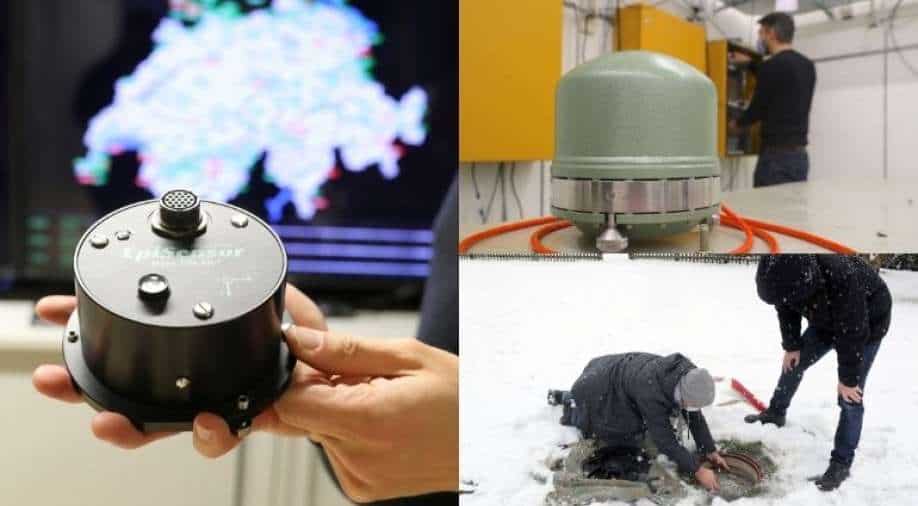 Researchers open the earth shaft of a seismic station of the Swiss Seismological Service (SED) at ETH Zurich in Switzerland Photograph:( Reuters )

Planet Earth witnessed its quietest period in decades during 2020 as lockdowns significantly reduced human activity and its impact on the planet's crust, according to scientists working on a global study.

An international group of seismologists from 33 countries measured a drop of up to 50 per cent in so-called ambient noise generated by humans travelling and factories humming after lockdowns came into force around the world.

The team, which included experts from the Swiss Seismological Service at ETH Zurich, a university, measured lower noise levels at 185 of the 268 seismic stations analysed around the world.

Urban ambient noise fell by up to 50 per cent at some measuring stations during the tightest lockdown weeks, as buses and train services were reduced, aircraft grounded and factories shuttered.

This made it much quieter than Christmas, traditionally the quietest time of the year.

referring to data archives covering the last 20 years, seismologist John Clinton said "The weeks during lockdown were the quietest period we have on record."

"With human noise always increasing, it is highly likely that it was the quietest period for a very long time."

The experts, led by Thomas Lecocq from the Royal Observatory of Belgium, were able to track the "wave of quiet" around the world as lockdown came first in China, then Italy, before spreading across the rest of Europe and onto the Americas.

Lower background noise during lockdowns also means small earthquakes that otherwise would not be observed have been detected in some places.

Small tremors allow us to improve our understanding of the seismic hazard, said scientist Frederick Massin, and also help assess the probability of larger earthquakes in the future.

"This was an unprecedented opportunity. There's no way we would normally be able to do this kind of experiment," said Massin.