Pittsburgh Mayor disagrees with Trump, says 'we will follow the guidelines of Paris agreement' 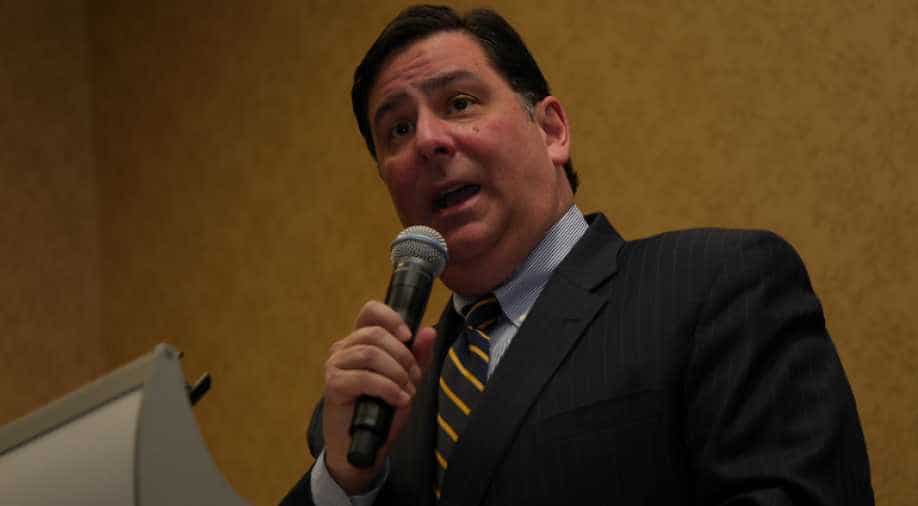 Hours after Trump pulled out of the Paris climate accord, Peduto tweeted saying. "we will follow the guidelines of the Paris Agreement for our people, our economy and future." (Image source: Flickr) Photograph:( Others )

While announcing his decision to pull out of the Paris climate accord Trump said, 'I was elected to represent the citizens of Pittsburgh and not Paris' ||Pittsburgh mayor Bill Peduto fact checked Trump saying Hillary Clinton won 80 per cent of the votes in the city

US President Donald Trump's "I was elected to represent the citizens of Pittsburgh and not Paris" statement has clearly riled city's mayor Bill Peduto.

Hours after Trump pulled out of the Paris climate accord, Peduto tweeted saying, "we will follow the guidelines of the Paris Agreement for our people, our economy and future."

As the Mayor of Pittsburgh, I can assure you that we will follow the guidelines of the Paris Agreement for our people, our economy & future. https://t.co/3znXGTcd8C

The Pennsylvanian city's democratic mayor also fact-checked Trump's statement by saying it was Hillary Clinton who won 80 per cent of the votes in the city.

Fact: Hillary Clinton received 80% of the vote in Pittsburgh. Pittsburgh stands with the world & will follow Paris Agreement @HillaryClinton https://t.co/cibJyT7MAK

Many experts feel Trump's decision to bring in Pittsburgh on an international platform is part of President Trump's ploy to swing voters in the city for his 2020 re-election campaign.

Pittsburgh was where the National Republican Party first held its convention in 1856, it remained a Republican stronghold from the Civil war in the 1860s up till the 1930s but after the Great Depression voters began shifting their allegiance towards Roosevelt's New Deal policy.

Known as "the steel city" Pittsburgh has 300 steel-related businesses. The city has also been involved in the manufacturing of aluminum,petroleum, autos, and electronics

Pittsburg has now suddnelly hit the headlines after Trump's speech, Twitter was abuzz on Friday with people posting pictures of Pittsburgh from when it was polluted. Many came out in support of the Paris agreement.

However, the air quality in the city has improved in recent years years but the local rivers continue to have pollution levels exceeding the United States Environmental Protection Agency limits.

Pittsburgh then and now.
I'm pretty sure I know which one Pittsburghers prefer, having lived there for 23 years, @realDonaldTrump.?? pic.twitter.com/DD5nhZ2nkc

Trump made Pittsburgh his counterpoint to Paris. We should recall that it led the way in post-WWII action on pollution. (This is from 1960:) pic.twitter.com/nJbU6oV1p9

Pittsburgh is hurt by Paris withdrawal.

Withdrawing from the #ParisAgreement will be devastating to our planet. Paris and Pittsburgh share the same environment after all. pic.twitter.com/QNO5vHtmEF