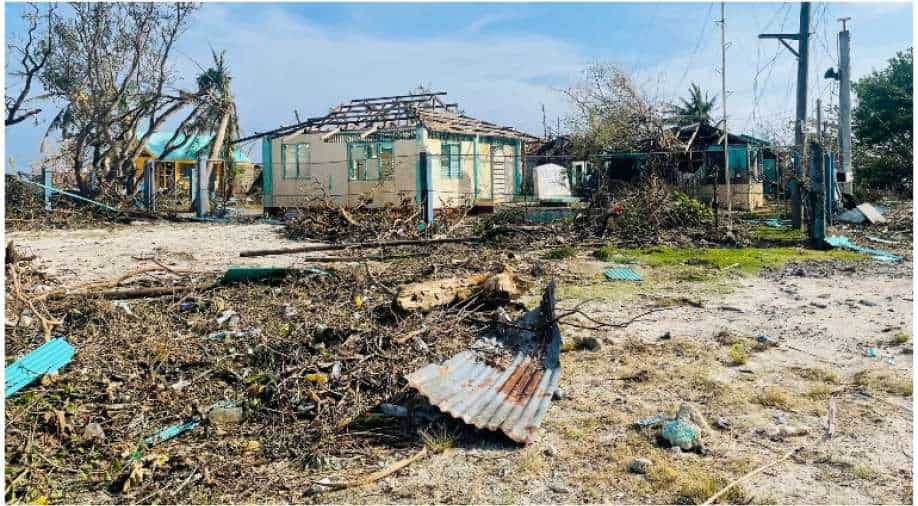 Typhoon Rai is the most powerful typhoon to have hit Philippines this year. The country has already been battered by 14 other typhoons

Death toll in the Philippines due to powerful Typhoon Rai has increased to 389, a government disaster agency was quoted as saying on Monday. 64 people are missing.

The National Disaster Risk Reduction and Management Council (NDRRMC) said that the typhoon, which made landfall in the Philippines on December 16, also injured 1,146 people, reports Xinhua news agency.

As per NDDRRMC, 4.2 million people in 11 Philippine regions had been affected due to the typhoon. Philippines' main Luzon island was affected as well. Typhoon Rai is 15th and most powerful typhoon to have hit the Philippines this year.

More than 500,000 houses were destroyed. Agricultural infrastructure of more than USD 440 million has been damaged so far.

The Department of Health (DOH) has monitored food and water-borne diseases like diarrhoea and acute gastroenteritis in typhoon-hit areas.

Some patients were taken to hospitals.

Vergeire urged the evacuees to follow ways to avoid infections amid the Covid-19 pandemic, adding that it is imperative to watch for evacuees with coronavirus symptoms, and make separate rooms for the vulnerable such as the elderly.

She said that the typhoon has also affected 62 testing laboratories for Covid-19 and wasted thousands of doses of vaccines due to power outages.

The government continues to bring aid to the affected areas, including food, drinking water, while restoring damaged roads, telecommunications and houses.