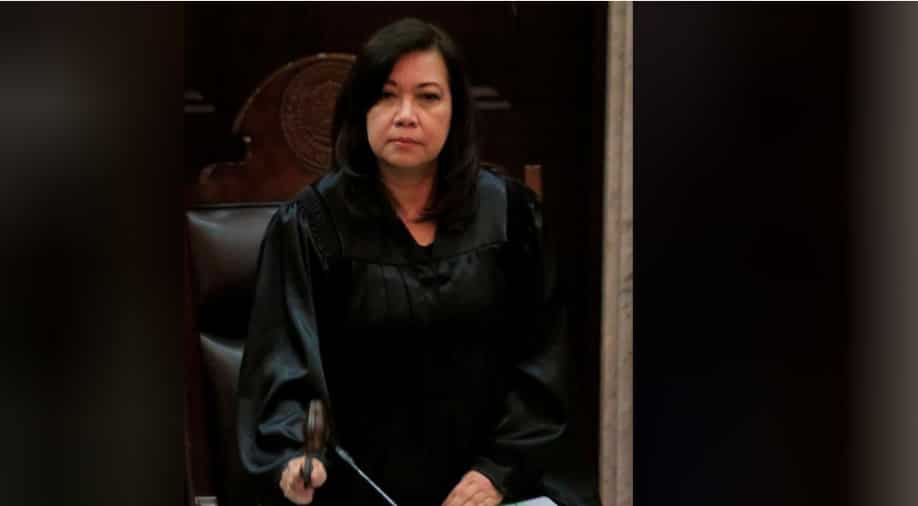 The Philippine Supreme Court's chief judge, facing an impeachment complaint in the lower house of Congress and drawing the ire of President Rodrigo Duterte, vowed not to bow down to intense pressure and harassment from "those in power".

Maria Lourdes Sereno, the first woman to head the 15-member Supreme Court, stands accused of concealing her wealth by not filing statements of her assets, liabilities and net worth for several years before she was appointed.

She has also irked Duterte for airing concerns about human rights and the rule of law.

"All kinds of lies, threats, harassment and bullying have been thrown my way. But I will not yield," Sereno, 57, said in a speech before women judges.

She said her situation is no different from other judges who face pressure from those in power, without directly referring to the president and his allies in the legislature.

Duterte said on Tuesday said he has no hand in the impeachment.

Sereno, appointed in 2012 by Duterte's predecessor, is on an indefinite leave of absence to prepare for a possible trial in the Senate.