Philippines to refuse EU grants that 'interfere' with its internal affairs 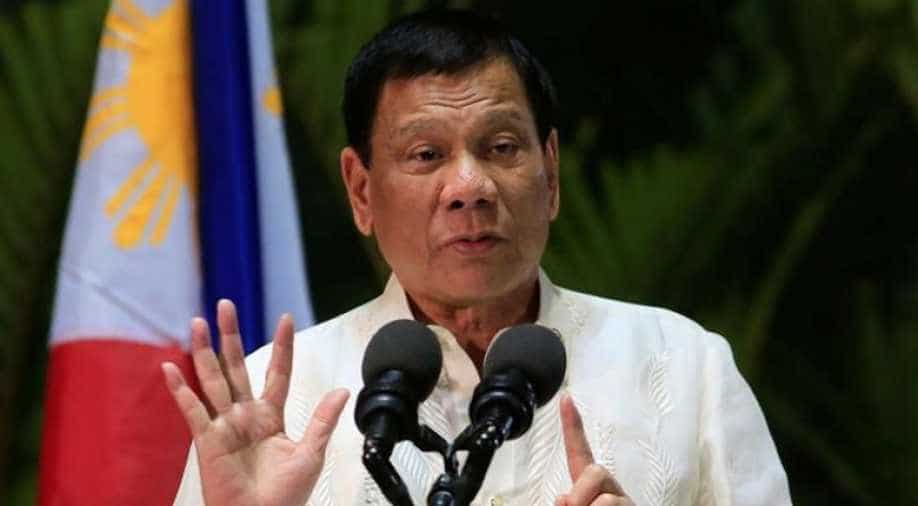 Duterte, 72, has repeatedly criticised European lawmakers and the EU for condemning his war on drugs. Photograph:( Reuters )

The European Union has been one of the most vocal international critics of the drug war, which has seen thousands of people killed since Duterte came to power last year.

"The president has approved the recommendation of the department of finance not to accept grants... from the EU that may allow it to interfere with the internal policies of the Philippines," presidential spokesman Ernesto Abella told reporters.

Abella said one grant had already been declined for having "objectionable" conditions attached to it, although he refused to elaborate.

The European Union is the Philippines' eighth biggest source of aid, with assistance last year worth $217 million, according to government data.

It was not clear how much money was in jeopardy.

Economic secretary Ernesto Pernia added to the confusion by saying Duterte may retract it.

"I will not take that as a policy. It is more of a reaction to criticisms. To me, on face value, it appears kind of unwelcome or not a good move but perhaps, I don't think it's going to remain as such," Pernia told reporters.

Duterte, 72, has repeatedly criticised European lawmakers and the EU for condemning his drug war, which has led to accusations of a crime against humanity.

The European Union has said is reviewing Philippine exports' duty-free status because of rights concerns, which also include Duterte's plans to bring back the death penalty and lower the age of criminal responsibility to nine.

Duterte last year used vulgar language and raised his middle finger in response to a European parliament statement expressing concern over the killings.

"Hitler massacred three million Jews. Now there are three million drug addicts (in the Philippines). I'd be happy to slaughter them," Duterte said, underestimating the number of people killed in the Holocaust.

He later apologised for the Hitler reference but said he was "emphatic" about wanting to kill addicts.

Police have reported killing about 2,700 people since Duterte took office at the end of June and immediately launched his war on drugs.

Unknown assailants have killed more than 1,800 others, while about 5,700 other violent deaths are under investigation, according to police data.

Partly in response to American criticism of the drug war, Duterte has also loosened the Philippines' ties with traditional ally the United States.

Duterte has instead embraced China, which has supported his drug war and sought to deepen economic ties by providing billions of dollars worth of investments and aid to the Philippines.

Asked about how to make up for the loss of EU money, Abella said Duterte had already attracted huge new sources of funds.

"He has brought in an enormous amount, huge slabs of bacon," Abella said, in an apparent reference to China.

Duterte, a self-described socialist, has also forged warmer relations with Russia, and will travel to Moscow next week to meet President Vladimir Putin.