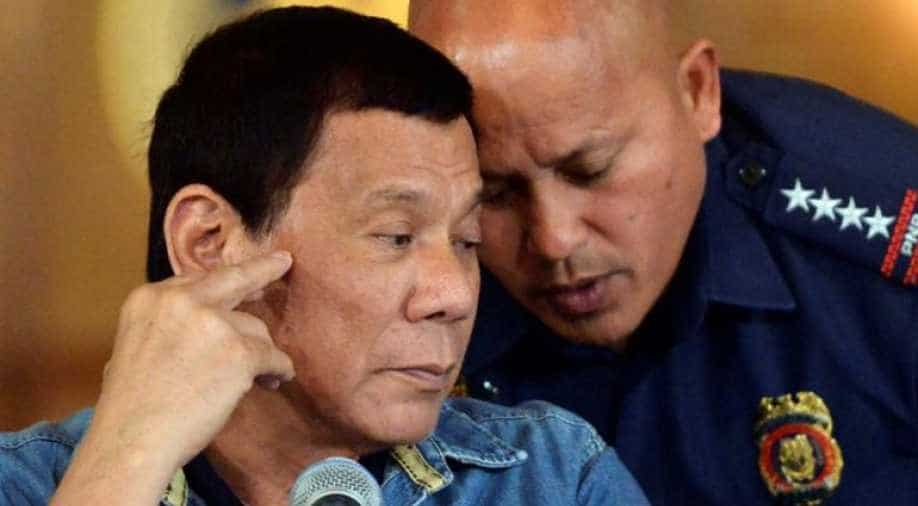 Duterte's police chief, Ronald dela Rosa, said the breakup of anti-drugs units was necessary to rebuild them, but it could disrupt the progress of the campaign. Photograph:( Reuters )

The Philippines police will disband anti-drugs units following the killing of a South Korean businessmen by their officers, but the country's president vowed on Sunday to forge ahead with his war on drugs until the last day of his term.

President Rodrigo Duterte said he was embarrassed that anti-drugs officers had abused their power to engage in kidnapping, leading to the death by strangulation of Jee Ick-joo, on the grounds of the national police headquarters.

Duterte said other suspects were still at large and gave them 48 hours to turn themselves in, or have a dead-or-alive bounty on their heads of 5 million pesos ($100,000), for which he would prefer them dead.

His police chief, Ronald dela Rosa, said the breakup of anti-drugs units was necessary to rebuild them, but it could disrupt the progress of the campaign.

"We will dissolve all anti-drugs units in the police," he told a joint news conference with Duterte, when asked if he would overhaul the police. "I will do my job to the best of my ability I hope I will not fail the president and the Filipino people."

More than 7,000 people have been killed since Duterte, nicknamed "the punisher", unleashed his bloody crackdown seven months ago, some 2,250 in police operations and the rest still mostly under investigation. His six-year term ends in 2022.

Police say many of those so far unsolved could be the work of vigilantes or inter-gang drugs violence. The campaign has caused alarm in the West and rights groups accuse Duterte of turning a blind eye to a wave of extrajudicial killings by police, mostly of low-level peddlers. Police deny that and say the killings are in self-defence.

Duterte said police who had been subject of internal investigations should be reassigned to work in conflict zones.

Fighting drugs and crime was the key platform of Duterte's election campaign, during which he promised to eradicate illicit drugs within six months.

He said he underestimated the depth of problem, and on Sunday promised the crackdown would continue to the end of his six-year presidency, and criticism would not stop him.