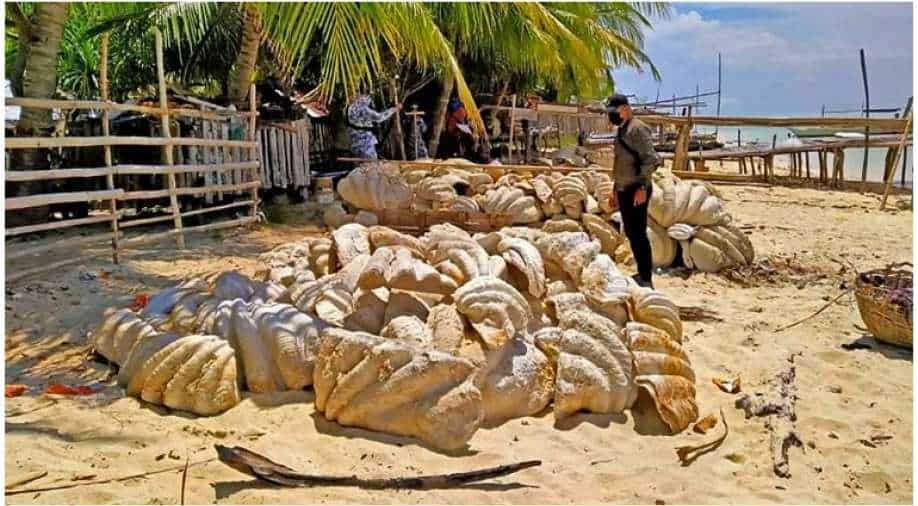 Authorities in Philippines said on Saturday that they had seized 200 tonnes of illegally harvested giant clamshells. The shells are worth USD 24.8 million. This is one of the biggest known operations of its kind in the country.

The coastguard said four suspects were arrested on the remote Green Island in the Sulu Sea that turned up the largest ever giant clamshell haul by law enforcers in the area.

"Taking the giant clams from their natural habitat is a form of inter-generational crime," Jovic Fabello, spokesman for the Palawan Council for Sustainable Development told AFP.

"It will permanently affect the marine ecosystem and future generations will be deprived of the benefits accruing from it," he added.

He said the seized shells included those of the Tridacna gigas, the world's largest clam.

Growing up to 1.3 metres (4.5 feet) wide and weighing up to 250 kilogrammes (550 pounds), these host marine algae which are a basic food source for many of the fish species consumed by humans.

Conservationists say giant clam shells are used as an alternative material for products ranging from earrings to chandeliers as ivory becomes scarce.