Philippines: Family find cocaine packages worth more than half a million US dollars 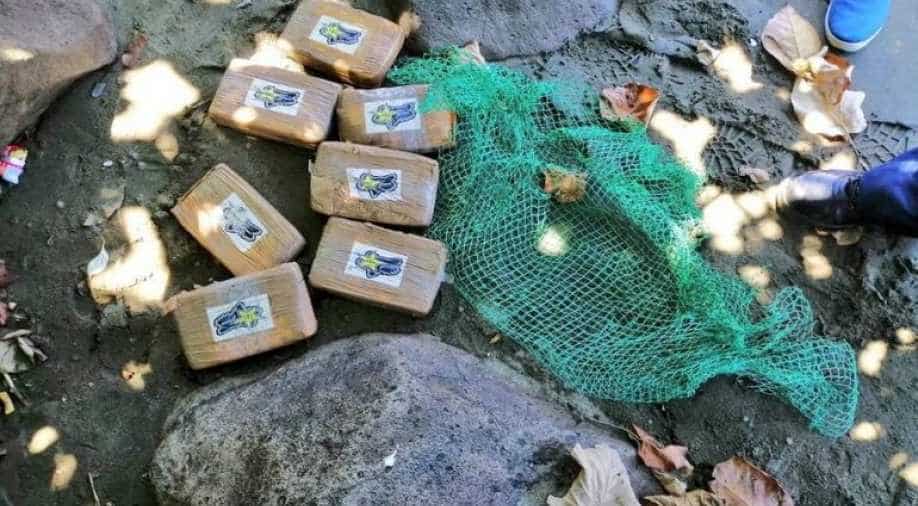 Seven bricks containing cocaine were recovered by police in the Philippines on Sunday. Photograph:( Facebook )

This isn't the first time such an incident has occurred in the Philippines.

Seven suspected cocaine bricks worth $681,723.12 were found floating near a beach in Quezon province of Philippines on Sunday.

Over the past few months, bricks of cocaine with a street value of millions have been washing up in eastern coastal provinces in the Philippines.

A family were having a picnic by the sea when they spotted seven packages. The family collected the bricks and called the police.

This isn't the first time such an incident has occurred in the Philippines.

In February this year cocaine bricks estimated at four hundred and seventy-two million pesos were found along the shores of 4 provinces in the Philippines.

In May, fishermen chanced upon thirty-nine bricks of cocaine when they were fishing in the waters of Sorsogon province.

In a country where there is a brutal crackdown on drugs — the mysterious appearance of cocaine bricks has certainly raised a lot of questions.

While there are no definitive answers, experts have come up with some plausible explanations.

It is believed that the drugs were bound for Australia where there is a strong demand for cocaine and could have been displaced during shipment.

The smugglers sometimes submerge drug packages underwater with a net and anchor for pickup — but packages can sometimes break free.

Experts also believe that the drugs could be a part of a shipment lost by smugglers during a hand-over.

The smugglers also tend to throw the packages overboard in case they are chased by police.

The Philippines drug enforcement authority believes that the floating cocaine could also be a diversion tactic used by smugglers.

Cocaine is not a drug of choice in the Philippines compared to crystal meth known as shabu in the region.

And the drug enforcement officials believe that while they are focused on operations to retrieve the floating cocaine — the smugglers are using the opportunity to smuggle crystal meth.

Crystal meth has been the focus of president Rodrigo Duterte's brutal war on drugs in the Philippines -- under which thousands of drug dealers have been killed both by police and vigilantes.

While the police are taking all the aspects into consideration. The link to Australia is on the top of the list. Cocaine has a huge market in Australia.

In September last year, 500 kg cocaine worth three hundred million dollars was recovered by the police in the Solomon Islands.

It was believed that the drugs were headed for Australia — but were dumped in the sea by dealers to evade police pursuit.

And they think the latest discovery of the floating bricks of cocaine was also a part of a shipment headed for Australia.

No one knows exactly where the illegal drugs are coming from but some authorities believe syndicates are using the Philippines as a transhipment site before delivering to other countries.