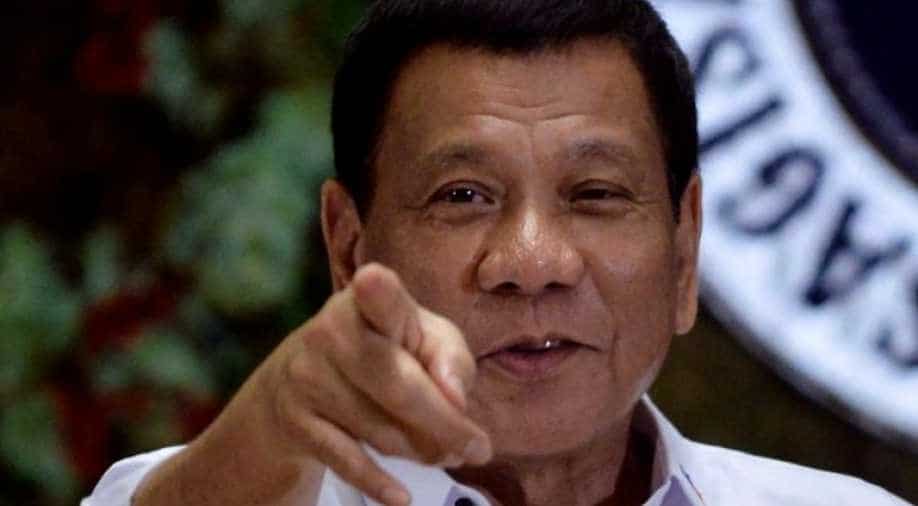 Sueno said he was being badmouthed by three junior ministers in the Department of the Interior and Local Government, like him also appointed by Duterte. Photograph:( Reuters )

Ismael Sueno, who supervised Duterte's war on drugs that has left thousands dead, was fired on the spot at a cabinet meeting late Monday, presidential spokesman Ernesto Abella said in a statement.

"The summary dismissal served as a warning that Mr Duterte would not countenance any questionable or legally untenable decisions by any member of the cabinet," Abella added.

He did not say what these decisions were, but added the sacking formed part of Duterte's "drive for a trustworthy government by addressing issues like corruption".

In a statement issued Monday, hours before his sacking, Sueno, 69, vigorously denied any involvement in corruption, blaming other followers of Duterte for circulating such allegations against him.

"My advocacy against corruption has been strong. My belief is the same as President Duterte in fighting this. So this accusation against me is impossible," said Sueno, a former provincial governor and city mayor.

The summary dismissal served as a warning that Mr Duterte would not countenance any questionable or legally untenable decisions by any member of the cabinet,' presidential spokesperson Ernesto Abella said

Sueno said he was being badmouthed by three junior ministers in the Department of the Interior and Local Government, like him also appointed by Duterte.

Asked if Sueno might face further charges, Abella told reporters: "Let us wait for the president to take his subsequent actions."

Sueno's sacking comes a month after Perfecto Yasay left his post as foreign minister after Congress ruled that he lied to them over his US citizenship.

Abella said the loss of another cabinet member was not a sign of trouble but proof that Duterte was serious about restoring trust in government.

He did not say who would replace Sueno, though there has been speculation Duterte would appoint Ferdinand Marcos Jnr, son of the late Philippine dictator.

Former senator Marcos Jnr lost the vice presidential election last year but is contesting the outcome at an election tribunal.

In Congress, two other close Duterte allies, House Speaker Pantaleon Alvarez and Congressman Antonio Floirendo, have been publicly feuding for weeks with Duterte trying to stay out of the quarrel.

Alvarez has accused Floirendo, a key contributor in the Duterte election campaign, of corruption, but Floirendo denies the charge.

Duterte won election by a landslide in May largely on his promise to launch a war on illegal drugs.

Although the campaign has proved popular at home, the president has faced international criticism for thousands of killings that human rights advocates say were carried out as part of the anti-drug initiative.

The government denies the allegations.