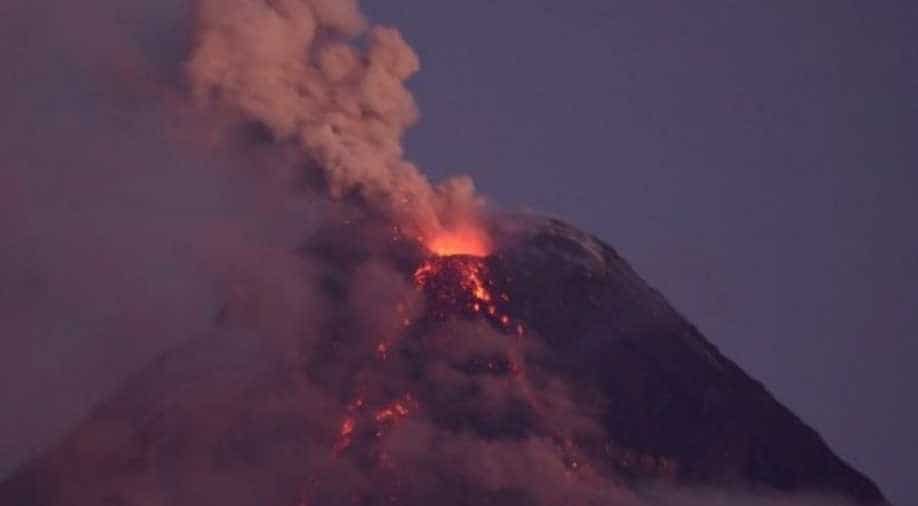 Ash spews from a volcano in the south of Manila, Philippines. Photograph:( AFP )

Taal, which is in the south of Manila, is one of the most active volcanoes in the Philippines.

An erupting volcano in the Philippine capital on Monday spewed lava and broad columns of ash, which grounded hundreds of flights amid an alert for a possible "explosive eruption".

Officials have also warned of a possible "volcanic tsunami", which can be caused by falling debris after an eruption, reported BBC.

Homes and streets in the region surrounding the Taal volcano, which blasted on Sunday along with a series of earthquakes, were coated in fine grit and nearly 10,000 people had sought refuge in evacuation centres. 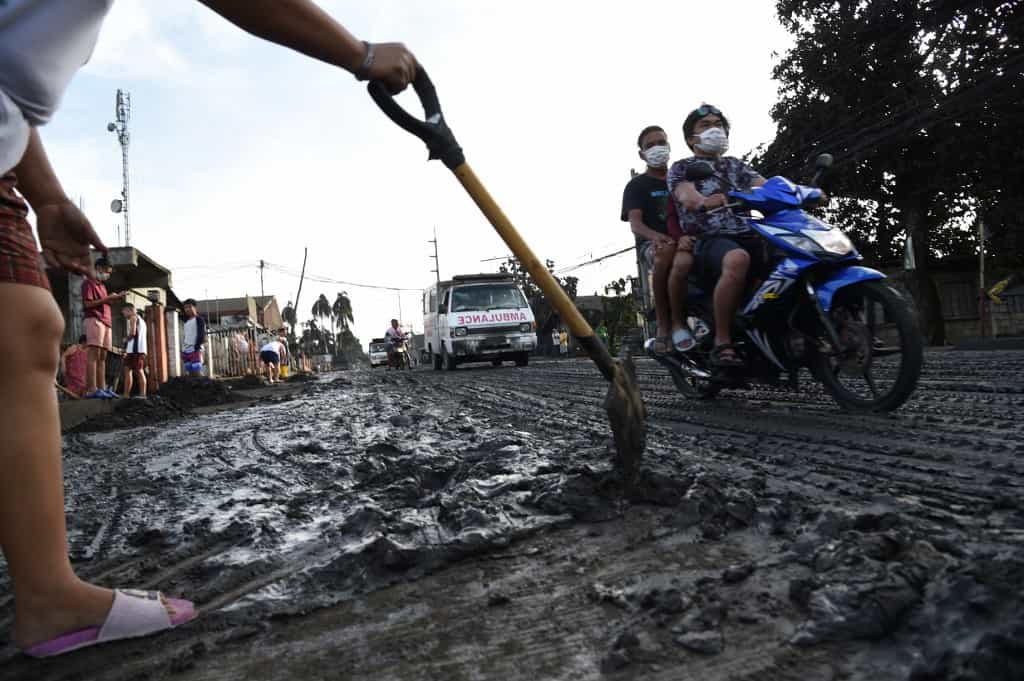 (A resident uses a shovel to clear mud and ash spewed by Taal volcano at a development in Tanauan town, Philippine | Photo Credit: AFP)

"You could not sleep anymore, because every time you closed your eyes the house would shake," restaurant owner Lia Monteverde said.

"All of us didn't sleep at all. We just prepared to leave." 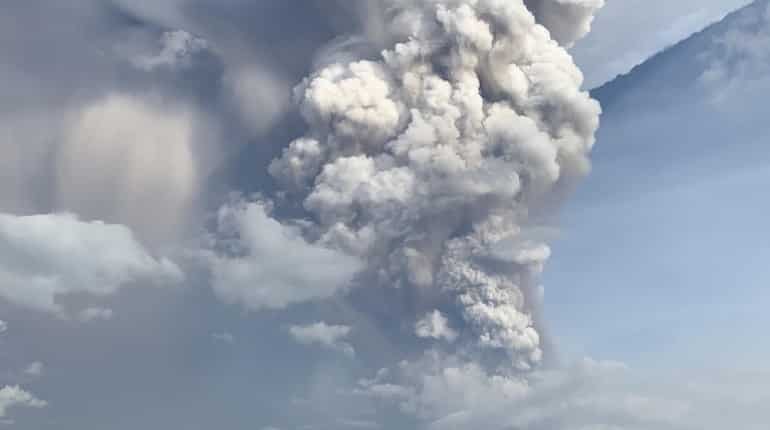 Taal, which is in the south of Manila, is one of the most active volcanoes in the Philippines.

Volcanic eruptions and earthquakes are common in the country because of its position in Pacific "Ring of Fire", where tectonic plates collide deep below the Earth's surface.

As a precautionary step, schools, government offices around the area and Philippine Stock Exchange were closed on Monday.

Aviation officials said that they are making efforts to resume flights at Manila's main international airport, after they were shut down due to the threat of volcanic ash affecting planes.

The eruption started with an explosion of superheated steam and rock, but by early Monday "fountains" of lava had been detected on Taal, the Philippine Institute of Volcanology and Seismology (Phivolcs) said.

Second-highest level of alert was raised on Sunday, saying an "explosive eruption" could happen in "hours to days".