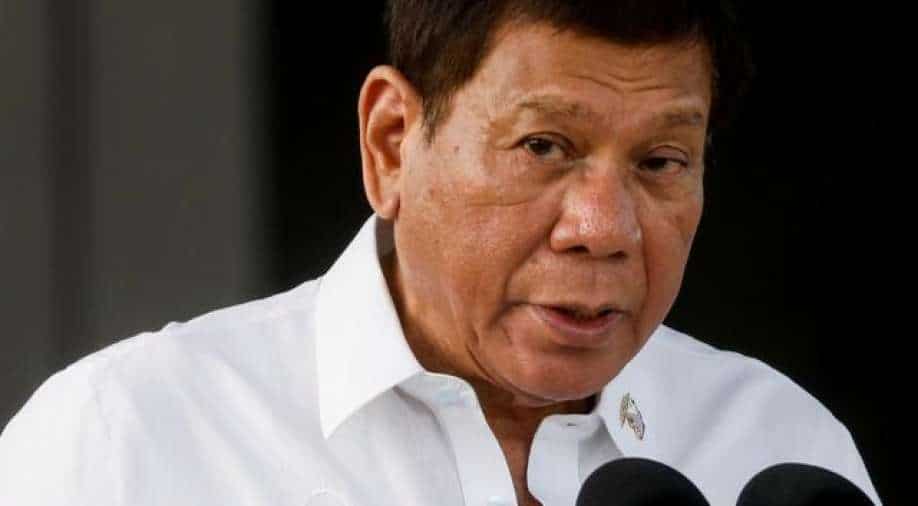 Philippine foreign policy experts and lawmakers have asked President Rodrigo Duterte to end his "policy of subservience" towards China, saying the Filipino leader's silence is leading to hundreds of Chinese vessels lining up in Manila's exclusive economic zone (EEZ) in the South China Sea.

Though military chief and country's top diplomat have asked China to withdraw its vessels from the region, Duterte has maintained his silence over the issue.

Earlier his spokesperson said that the Filipino president is pursuing "diplomatic initiatives" in "private".

On Thursday, the Philippine Coast Guard said that despite continual demands to Chinese vessels to leave Whitsun Reef, at least 240 Chinese vessels were present in the area till Wednesday, Al Jazeera reported.

The ships were first seen on March 7 at Whitsun Reef, which is about 320 km (200 miles) west of Palawan Island and in the Philippine EEZ, according to the International Court of Arbitration at The Hague.

Opposition Senator Leila de Lima on Thursday said that the country could become "just another one of China's satellites" if Duterte and the Philippines military fail to confront Beijing.

She also said that despite the US's support regarding Manila's position in the South China Sea, the Filipino president's "policy of grovelling before China" could damage the integrity of the country's territory.