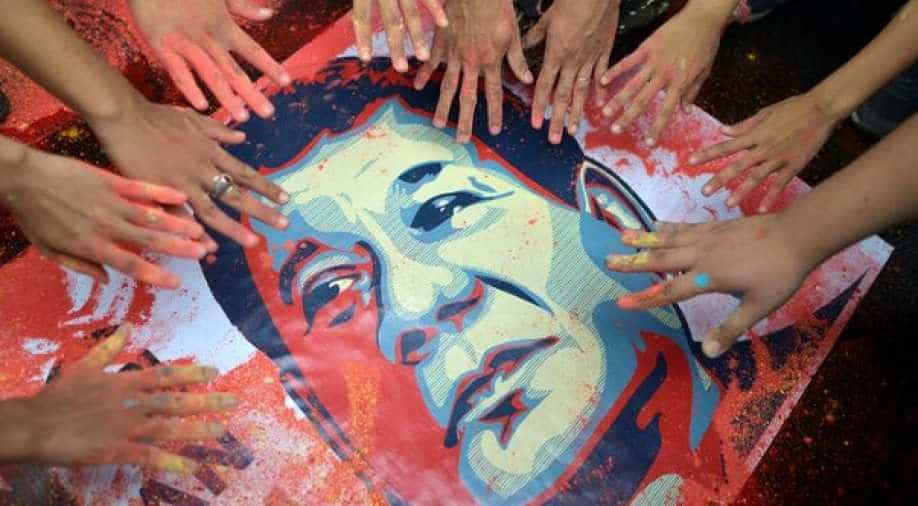 With Duterte encouraging them, police had already killed dozens of suspected criminals between his election victory and being sworn into office. Photograph:( Reuters )

Follow Us
Philippine police have killed 10 people with suspected links to drugs since President Rodrigo Duterte took office, authorities said Saturday, in a brutal start to his controversial war on crime.

Duterte was sworn into office on Thursday after a landslide win built largely on a pledge to kill thousands of suspected criminals in a relentless law-and-order crackdown he said was needed to stop the Philippines becoming a narco-state.

She said the nine died in seven encounters, insisting police were forced to kill them because the suspects fought back.

Another drug suspect was also shot dead after he used a gun during a raid on his home in the central city of Dumaguete on Friday, local police desk officer Mark Tikling told AFP.

With Duterte encouraging them, police had already killed dozens of suspected criminals between his election victory and being sworn into office.

Duterte, who has been accused of links to vigilante death squads that killed more than 1,000 people during his nearly two decades as mayor of southern Davao city, insisted during his inauguration speech that he would not break the law during his war on crime.

But in a series of speeches afterwards he urged communist rebels and ordinary citizens to kill suspected criminals and drug addicts.
He also promised to use his presidential powers to protect police who faced legal charges for mass killings.

"If in the process you kill 1,000 persons because you were doing your duty, then I will protect you," he said in a speech to install the country's new chief of police, Ronald Dela Rosa.

Dela Rosa also warned on Friday that police officers linked to drug trafficking to surrender by Sunday or be killed.

Spokesmen for the new president could not be contacted for comment on the new killings.

"When you have the highest ranking person, the president, saying this is the way he wants it to happen, you are emboldening the members of law enforcement to go beyond what the law requires," he told AFP.

"It is not sustainable, it will create more problems."

Papa warned there would be an "erosion of due process", with ordinary people using violence to solve disputes.

In a sign of possible vigilante activity, a bullet-riddled body was found in a Manila slum on Friday with a sign on it that read: "I am a Chinese drug lord".