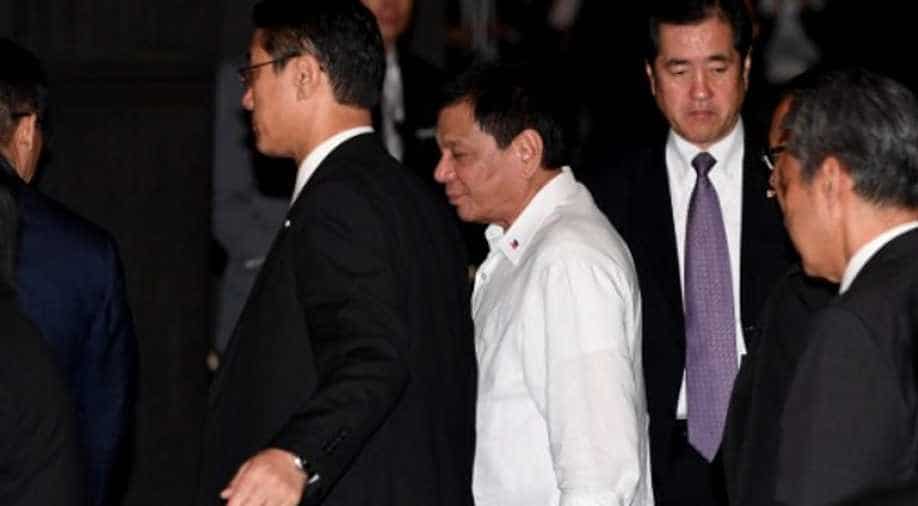 President Rodrigo Duterte had earlier given orders to "shoot on sight" if the mayor and his son, accused of drug trafficking, resisted arrest. Photograph:( AFP )

A Philippine mayor detained for involvement in the country's illegal drug trade was killed along with another inmate in a shootout in prison on Saturday, police told.

Rolando Espinosa, the mayor of Albuera town in the central island of Leyte, had surrendered to the national police chief in August, saying he feared for his life. President Rodrigo Duterte had given orders to "shoot on sight" if the mayor and his son, accused of drug trafficking, resisted arrest.

But early on Saturday, police said Espinosa was killed in his cell in the provincial jail after he shot at officers during a search for illegal firearms. "He fired on the raiding team. The raiding team fired back and this led to the mayor's death," chief inspector Leo Laraga of the regional police told AFP.

He is the second local official on Duterte's so-called "narco-list" to be killed in two weeks, as a bloody crackdown on illegal drug trade continues in the Southeast Asian country.

Police said they recovered a .45 caliber pistol and a .38 Super pistol from the cells Espinosa and the other inamte Yap. A small sachet containing suspected methamphetamine and assorted drug paraphernalia were also found inside Espinosa's cell, police said.

Earlier, Espinosa had publicly denied any part in the drug rade but said his son was peddling "shabu" (methamphetamine), which he gets from a jailed Chinese drug trader.

The presidential palace described his death as "unfortunate" and the national police said it was investigating the circumstances around his death as well as possible collusion between guards and inmates to get guns and drugs into the jail.