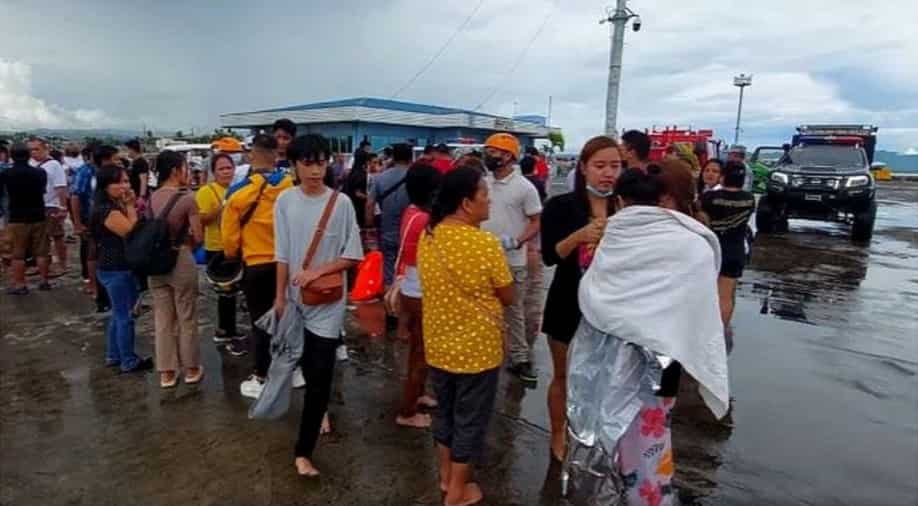 In this picture, the passengers rescued from the Mama Mary-Chloe ferry by the Philippine Coast Guard can be seen in Bohol province Photograph:( Twitter )

The ferry, which was sailing between the islands of Bohol and Leyte, was carrying 157 passengers and eight crew members

Philippine Coast Guard has rescued 163 people on board a ferry called Mama Mary-Chloe which was engulfed by a massive fire.

The ferry, which was sailing between the islands of Bohol and Leyte, was carrying 157 passengers and eight crew members.

Authorities have confirmed that one person has died and one is missing while the others have been brought to safety.

With thick black billowing smoke and many people in the water, a YouTube video showed a huge fire on board the vessel.

Local media reported that children had to jump from the burning boat before being picked up.

According to the Coast Guard, "The rescue of the crew and passengers was swift because of the help from [boats] sailing in the waters when the incident happened."

Due to overcrowding and frequent storms in the vast archipelago, boat accidents are relatively common in the Philippines.

After colliding with a fuel tanker, the ferry Dona Paz sank and killed more than 4,300 people in the world’s worst peacetime maritime disaster in December 1987.