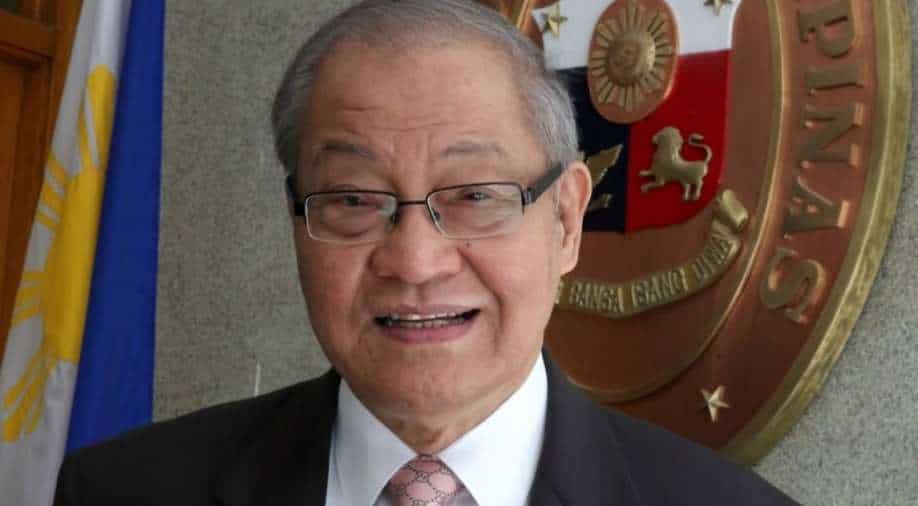 Wang Wenbin, China’s foreign ministry spokesman, said on Tuesday: "We are deeply grieved by the loss of a good friend and extend our heartfelt condolences to his loved ones"

The Philippines' ambassador to China, Jose Santiago "Chito" Sta. Romana passed away while in coronavirus (COVID-19) quarantine, the country's Department of Foreign Affairs (DFA) informed. He was 74.

From Manila to Beijing, tributes poured in for him. Media reports stated that he died in a Covid quarantine hotel in the eastern Chinese province of Anhui.

Media reports claimed that he attended a key diplomatic meeting with foreign ministers of both countries. but There's no official confirmation whether he had contracted Covid after the meeting that apparently happened on April 3.

But if reports are to be believed, he was supposed to stay at the hotel in Huangshan city as per China's quarantine rules.

Wang Wenbin, China’s foreign ministry spokesman, said on Tuesday: "We are deeply grieved by the loss of a good friend and extend our heartfelt condolences to his loved ones. He worked actively and industriously, making important contributions to promoting bilateral relations and friendship between our two peoples."

AP reported that Sta. Romana was a longtime resident of China and had been a correspondent for ABC News prior to being appointed ambassador in 2016.

"It is with the inconsolable grief of the Secretary and the profoundest sadness that the Department of Foreign Affairs announces the demise of Philippine Ambassador to China, His Excellency Jose Santiago ‘Chito’ Sta. Romana," the DFA said in a statement.

"The Department of Foreign Affairs offers its sincere condolences to the family and loved ones of Ambassador Chito, to our nation for its great loss. We pray for the eternal repose of his soul," the statement added.