Pfizer, BioNTech apply for emergency use of coronavirus vaccine in US 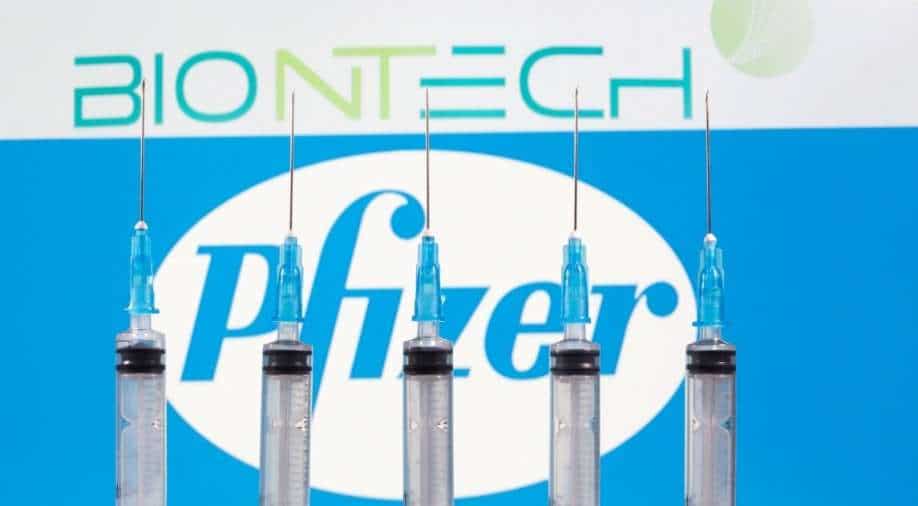 Syringes are seen in front of displayed Biontech and Pfizer logos in this illustration Photograph:( Reuters )

Pfizer and its partner BioNTech confirmed on Friday they have applied to US health regulators for emergency use authorisation (EUA) of its COVID-19 vaccine, becoming the first to do so in the US as the pandemic rages around the world.

The application to the US Food and Drug Administration (FDA) comes just days after Pfizer and German partner BioNTech SE reported final trial results that showed the vaccine was 95 per cent effective in preventing COVID-19 with no major safety concerns.

Pfizer's shares rose 2 per cent and BioNTech climbed 5 per cent on the news that a vaccine could soon be available, raising hopes for the end of a pandemic that has claimed more than a quarter of a million lives in the United States and over 1.3 million worldwide.

The companies expect the FDA to grant the EUA by mid-December and said they begin shipping doses almost immediately. Pfizer has said it expects to have 50 million vaccine doses ready this year, enough to protect 25 million people.

The vaccine has been under evaluation for weeks in the European Union, Australia, Canada, Japan and the United Kingdom, the companies said.

The Food and Drug Administration has not said how long it will take to study the vaccine data, but the government expects to give the green light for the vaccine in the first two weeks of December.

The European Union could also move quickly on the Pfizer-BioNTech vaccine, perhaps as soon as the second half of December, according to European Commission president Ursula von der Leyen.

Hot on the heels of these companies is a vaccine developed by another biotech firm, Moderna, which says its product is also about 95 percent effective.

The speed with which these vaccines have been developed as the pandemic wreaks havoc around the world has no precedent. Over the past decade, the vaccines authorized in the US have taken an average of eight years to develop.

The US government says it plans to vaccinate more than 20 million people in December, and then another 25-30 million per month.

The final trial data showed the vaccine provided a similar level of protection across different ages and ethnicities, an encouraging result as the disease disproportionately hurts the elderly and minorities.