People in Israel are lining up to taste Abu Dhabi... in a doughnut! 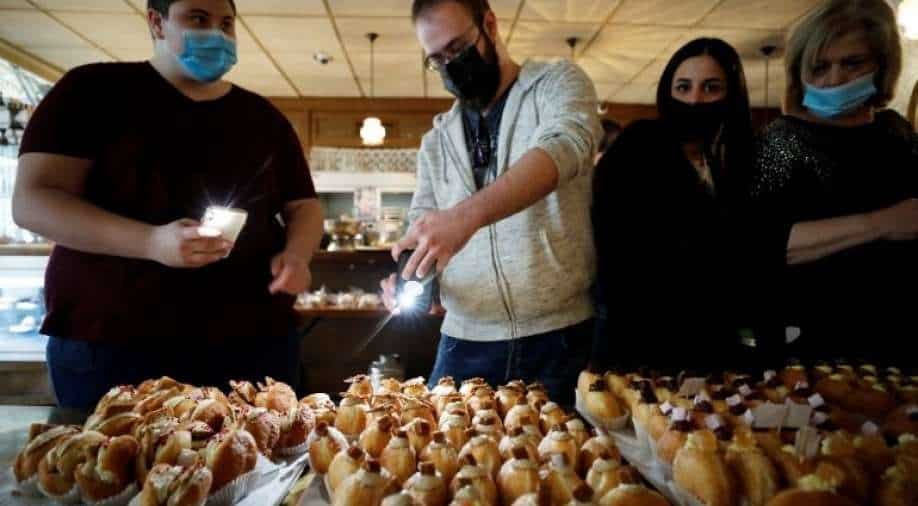 Customers take photos of "Abu Dhabi" doughnuts, a date-flavoured confectionery inspired by Israel's new relations with the United Arab Emirates, as doughnuts are a popular fare in Israel during the current holiday of Hanukkah, in which Jews traditionally Photograph:( Reuters )

A Jerusalem bakery-cafe is witnessing a surge in customers. But what are they lining up for? An “Abu Dhabi” doughnut.

A Jerusalem bakery-cafe is witnessing a surge in customers. But what are they lining up for? An “Abu Dhabi” doughnut.

Infusing flavours of dates, the doughnut was inspired by Israel’s newly cemented relationship with the United Arab Emirates.

Called “sufganiyot” in Hebrew, doughnuts are extremely popular in Israel during the ongoing holiday season of Hanukkah. During this time, Jews consume a lot of deep-fried delicacies.

At Cafe Kadosh, pastry chefs Itzik and Keren Kadosh came up with the doughnut that is now becoming famous around the world. 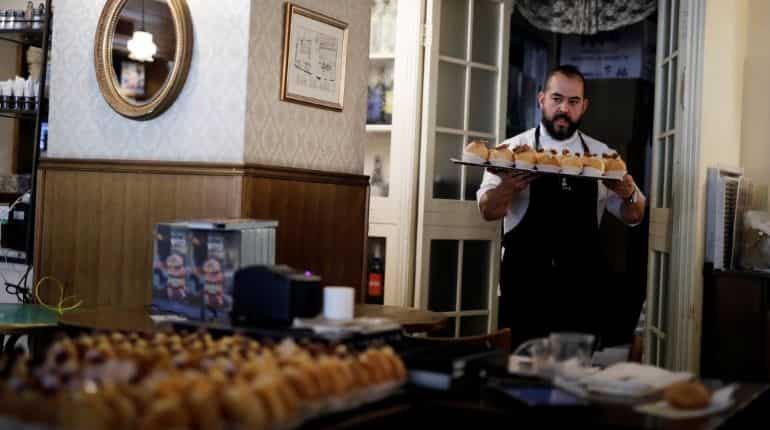 The “Abu Dhabi” doughnut is filled with cream derived from dates shipped by the Jewish community in the United Arab Emirates.

Pastry chef Itzik Kadosh told Reuters on Sunday that the new doughnut was a way “to appreciate the peace process” which is taking place between Israel and the UAE.

Roughly three months ago, Israel and the UAE signed a peace deal brokered by the US in a bid to normalise ties between both the countries. The deal was inspired by common concerns about Iran, a regional powerhouse. 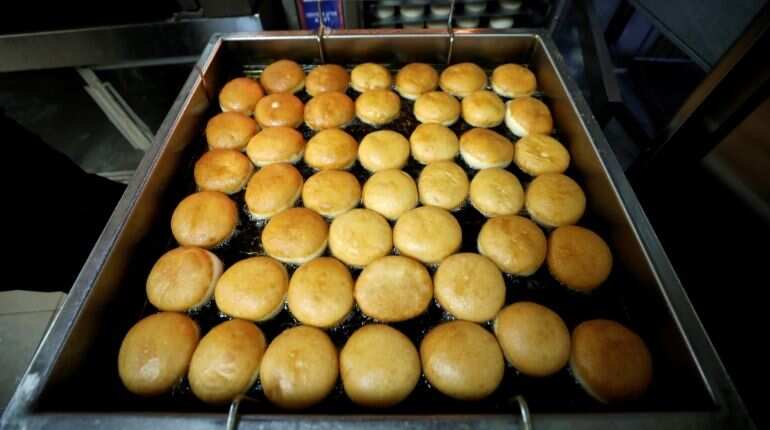 A customer told Reuters that they were elated to find an odd sweet taste in ingredients part of a “special delivery” from the Gulf.

Tali Pinto, a customer from Tel Aviv, said there was something particularly sweet in tasting a doughnut with ingredients on "special delivery" from the Gulf.

"We are very happy to have these good relationships slowly happening with different countries, and also with Abu Dhabi," Tali Pinto told Reuters.

Pinto was referring to the breakthroughs Israel has had with Muslim nations like Bahrain, Sudan, and Morocco.

Would you go for an Abu Dhabi flavoured doughnut? It sure sounds delicious.