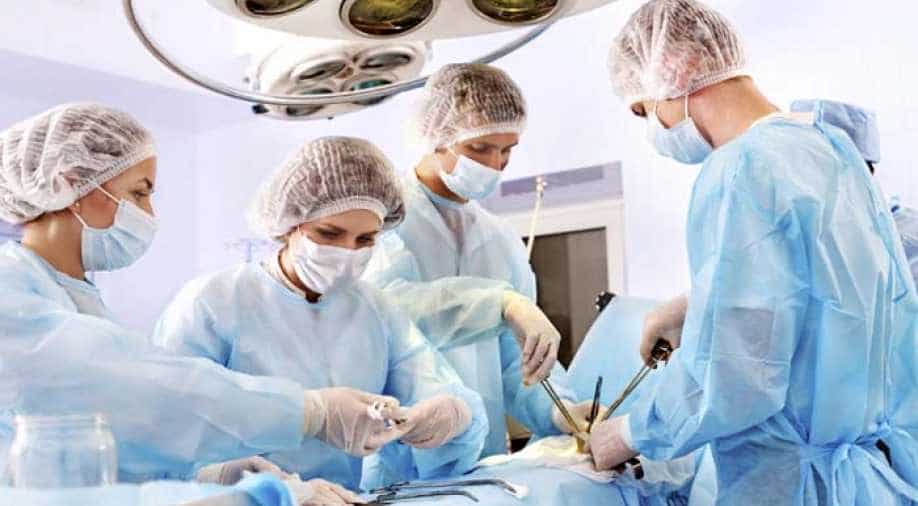 Plastic surgeons raised red flags this week about a penis whitening fad in skin colour-fixated Thailand, dismissing the procedure as a phallic "fashion" with uncertain benefits and many risks.

Requiring the use of lasers, acid, or chemicals, the latest craze in genital beautification can leave men with burns, scars, taut skin, or the exact opposite of what they were after in the first place -- a darker penis or a spotted one, the experts warned.

"I think it should not be done in a patient that doesn't need it," Milanese plastic surgeon Massimiliano Brambilla, who specialises in genital procedures, told AFP.

"Most of the substances that are used to whiten... are quite aggressive. Whitening is one of those things that I am very careful of."

Earlier this month, a Bangkok clinic said 100 men a month were making use of its penis whitening service just six months after it started offering the procedure.

According to global statistics produced by the International Society of Aesthetic Plastic Surgery (ISAPS), Thailand ranked 21st in terms of the number of cosmetic procedures performed in 2016.

Labiaplasty, which involves trimming the inner vaginal "lips" or labia minoria, was by far the fastest growing surgery sector in 2016, with a 45-percent rise from 2015, according to the International Society of Aesthetic Plastic Surgery (ISAPS).

Genital whitening was not listed among the data, but industry experts say demand is growing.

"I think it's linked to the pornographisation of society," said plastic surgeon Fabien Boucher from Lyon, France, another practitioner of "intimate" procedures.

"What people see is... a genital aesthetic that in my view is not realistic," he explained, with sex organs shaved and otherwise manipulated to represent those of very young people -- hairless, smooth, and pink.

It is normal for the privates to be more darkly coloured than the rest of the skin, said Boucher.

"I do sex-change surgeries, constructing penises for female-to-male transformations, and these patients want exactly the opposite" of genital whitening -- many opting for colour-in tattoos, he added.

"A key defect of our penile reconstruction procedure is that we end up with white penises which are visibly not natural."

Another reason for the Thai trend is cultural.

The Asia Pacific region is a major market for skin lighteners.

Boucher stressed there has been little scientific research into the use of lasers and chemicals for penis-whitening, and no bleaching techniques or products have been developed uniquely for use in this sensitive area.

"The skin of the penis is different" to that of the face or body, for which the existing products were conceived, said Boucher.

"It is a thin skin... and we do not yet fully understand how it will react."

The Thai health ministry has also warned against the procedure, saying it may cause irritation or infection, even presents a threat to sexual pleasure and reproduction.

"Honestly, I don't think they should be doing it," echoed Boucher, who said he wouldn't perform the procedure until the science shows it is safe.

Brambilla said he has turned down about three whitening requests in his 15-year career.

"If the colour is uniform, I really see no need," he explained.

"But even if there is a reason for intervention, such as an accident, the instruments that we have now to do it, they cannot guarantee first of all the satisfaction, secondly a realistic result, and thirdly the safety of what you're doing," he said.

Penis enlargement, meanwhile, dropped by 28 percent in 2016, according to the ISAPS, likely due to the rise of new, less-invasive booster techniques.