Pearl diving: How some traders are keeping the timeless tradition alive in UAE 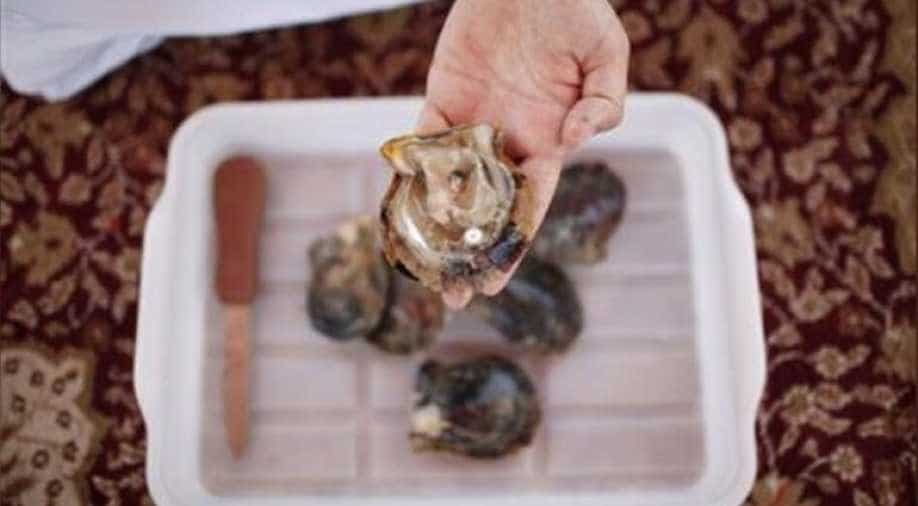 File Photo: A man displays a pearl at RAK's oyster farm off the coast of Ras Al Kaimah, one of the seven emirates that make up the United Arab Emirates, May 28, 2013. Photograph:( Reuters )

The history of pearl diving in the UAE goes back to more than 7,000 years ago. A time when UAE pearls travelled to Rome, Venice, Sri Lanka and even to India.

While the world may know UAE for the city of Dubai or the country’s oil boom and riches, but many may not know about its ancient history of pearl diving. Although diving for treasures is no longer a necessity for many, some traders are keeping the tradition alive.

The history of pearl diving in the UAE goes back to more than 7,000 years ago. A time when UAE pearls travelled to Rome, Venice, Sri Lanka and even to India. United Arab emirate's pearls were one of the most sought-after accessories of the time.

Abdullah al-Suwaidi recalls how his family's fortune depended on pearling much before the discovery of oil in the gulf.

"I lived and grew up around my grandfather, who lived off of pearl diving. He taught me a lot about pearl diving because of my continuous stream of questions and requests for more information and stories of adventure. It inspired my imagination.", said Abdullah al Suwaidi, owner of a pearl farm.

Abdullah al Suwaidi, also added that "It is regrettable that nations that didn't even exist in 1906 (when it came to pearling) are now the biggest producers of pearls in the world, and the Gulf states, including the UAE, do not contribute (to the trade)."

Back in the hay days, pearl diving offered seasonally if not full-time work for many local Emiratis. Suwaidi managed to keep the tradition alive and still thrills curious tourists by demonstrating how his ancestors would pick oysters off the seabed.

Legend has it that once the owner of luxury jewellery brand, Jaques Cartier had travelled to the gulf in pursuit of the world's most precious and exquisite pearls.

With the advent of artificial pearls and the discovery of oil in the Arabian peninsula. UAE's pearl trade took a back seat but it still maintains it's cultural significance.