13 killed as bus collides with truck in Russia 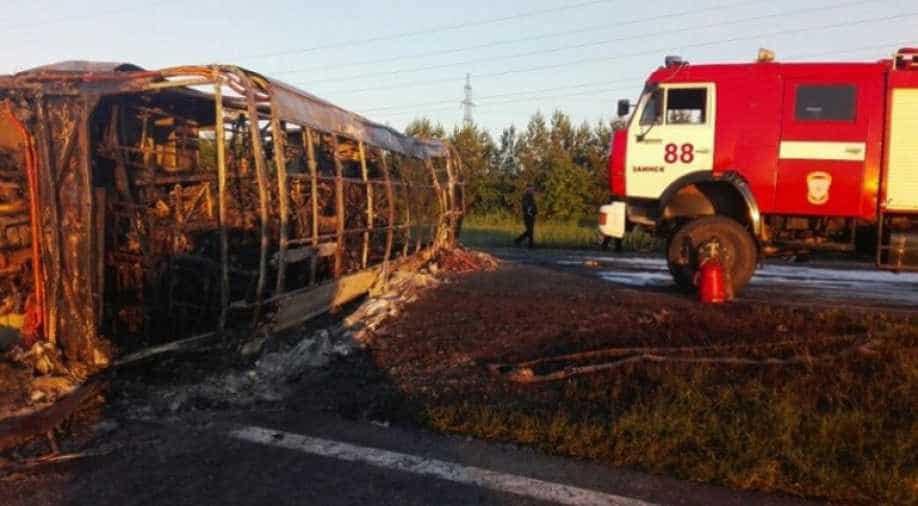 A crash between long-haul passenger bus and a truck in Russia?s Tatarstan Region Photograph:( AFP )

Thirteen people, which included two children, were killed in a major accident between a long-haul passenger bus and a truck in Russia on Sunday.

Travelling from Samara on the Volga river to Izhevsk around 900 kilometres (550 miles) east of Moscow, the driver was possibly blinded by the headlights, said the investigative committee that probes accidents and disasters.

13 killed including two children in the accident (AFP)

The bus rolled over and caught fire as a result of the collision and both the drivers will be arrested, said the regional ministry.

Regional Ministry said both the drivers will be arrested. (AFP)