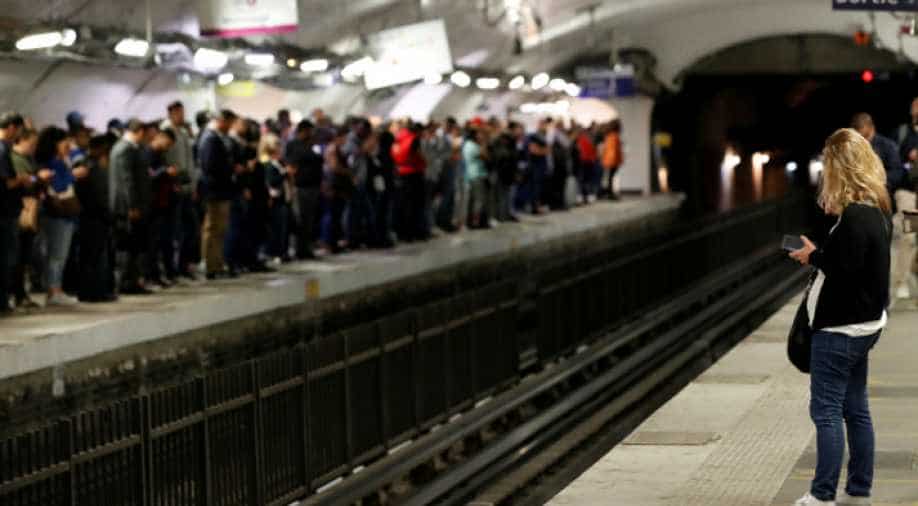 Lawyers, airline pilots, stewards and medical workers have also decided to join the protest, calling for a separate strike on Monday.

Paris metro workers on Friday went off work over President's Macron's pension plan as thousands of commuters were left waiting on platforms with main suburban lines coming to a virtual standstill.

"Ten of the city's 16 metro lines were shut down completely, while service on most others was extremely disrupted, Paris RATP transit operator told AFP.

French metro workers say  President Emmanuel Macron's universal pension system works against them as it takes away their right for early retirement which was agreed upon decades ago as a compensation for working long hours.

During his election campaign, Macron had pledged to relook the pension plans and had sought reforms. The plan seeks to merge forty-two different pension systems into a single-point based system.

The current plan ensures workers would now retire at age 62 with reduced pension with full pension available from 64.

Lawyers, airline pilots, stewards and medical workers have also decided to join the protest, calling for a separate strike on Monday.

As a result of the strike, people were left stranded with several looking for alternate avenues to move around the city.  French officials said there were 235km of traffic jams with media reports of crammed platforms on metro lines.

The strikes come close on the heels of the "yellow vest" protests last month when anti-government protesters calling for social justice sought the ouster of President Emmanuel Macron.

Paris saw an upsurge of violence as thousands of protesters took to the streets to clash with police as authorities repeatedly used tear gas shells to quell the violence. The protests spread to other cities Marseille, Rouen, Lille, Strasbourg, Dijon, Bordeaux and Toulouse as police arrested several protesters amid large scale violence.