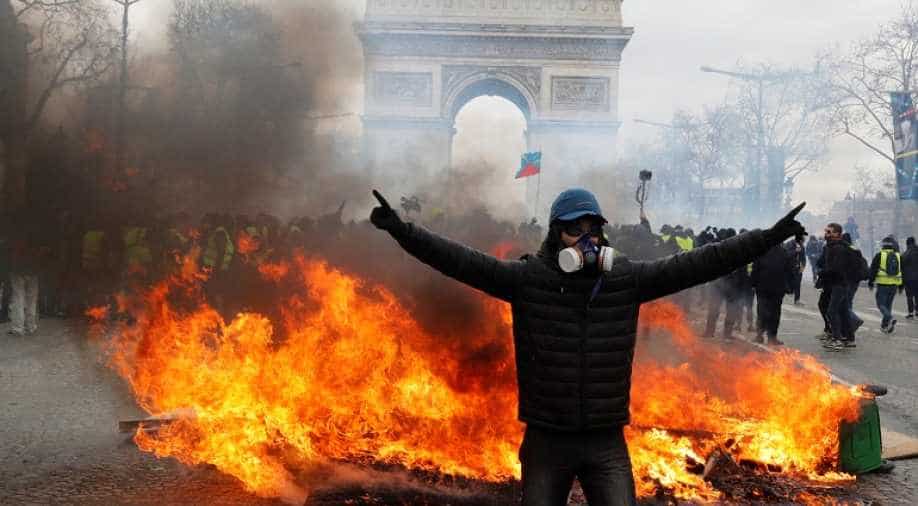 Interior Minister Christophe Castaner defended the way in which police have handled the protests but asked a specially-chosen panel of some 15 experts to develop new ideas for managing demonstrations.

France's interior minister on Monday launched a review of police methods used to control demonstrations since the emergence of the "yellow vest" movement whose weekly protests have often turned violent.

Interior Minister Christophe Castaner defended the way in which police have handled the protests but asked a specially-chosen panel of some 15 experts to develop new ideas for managing demonstrations.

The yellow vest movement, which emerged last year to denounce the policies of President Emmanuel Macron, has held weekly protests across France for the past seven months.

On some occasions -- especially in Paris -- protests have degenerated into pitched battles on the streets with police, with both sides trading accusations of violence.

"I want to hear what you think about the use of force, about the arms we use and what some call 'police violence'," Castaner told the experts who include a prosecutor, a sociologist and security figures.

But Castaner, a loyal Macron ally who has taken a hard line against unrest in the protests, indicated he did not expect police to revert to softly-softly tactics.

"I need your ideas to respond strongly to unbridled violence while protecting" even those have committed "these excesses".

There has been huge controversy in France over the tactics used by the police to restore order during the yellow vest demonstrations.

French police use the non-lethal flash-ball handheld weapon as well as sting-ball grenades to deter demonstrators.

According to France's National Police Inspectorate (IGPN), the security forces used three to four times more flash balls and sting-ball grenades in 2018 than the year earlier, following the emergence of the yellow vest movement.

Activists say the use of such devices has unnecessarily increased the danger of demonstrators sustaining severe injuries.

Yellow vest activists say 23 protesters have lost the use of an eye, five lost a hand, and one a testicle, while dozens more have sustained other injuries.

Earlier this month, demonstrators staged a protest called the "march of the mutilated" to denounce what they said was heavy-handed police violence.

In mid-May, the interior ministry said 2,448 demonstrators had sustained injuries along with 1,797 members of the security forces.