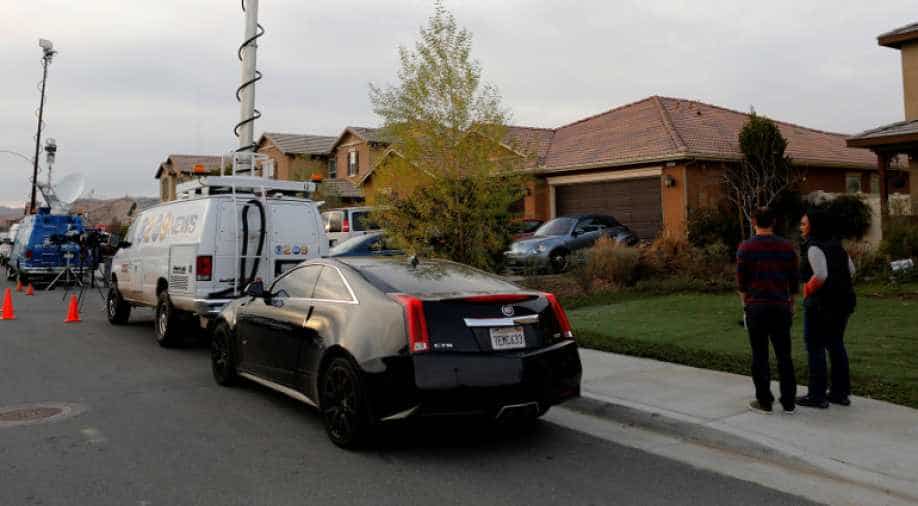 Police said in a statement that they found several of the couple's 13 children 'shackled to their beds with chains and padlocks in dark and foul-smelling surroundings'. Photograph:( Reuters )

The 13 California siblings who police say were starved and chained to beds by their parents rarely left their dishevelled house and, when they did, they appeared small and pale and acted strangely, neighbours said.

David Allen Turpin, 57, and Louise Anna Turpin, 49, were arrested on Sunday and each charged with nine counts of torture and 10 counts of child endangerment after a 17-year-old, emaciated girl escaped their house in Perris, about 70 miles (115 km) east of Los Angeles and called police, the Riverside County Sheriff's Office said on Monday.

Police said in a statement that they found several of the couple's 13 children, ranging in age from 2 to 29, "shackled to their beds with chains and padlocks in dark and foul-smelling surroundings".

"The victims appeared to be malnourished and very dirty," it said.

Kimberly Milligan, 50, who lives across the street from the family, told Reuters that she only saw the infant in the mother’s arms and three other children since she moved in across the street two years ago, describing them as small and pale.

"Why don’t we ever see the kids?" Milligan said. "In hindsight, we would have never thought this, but there were red flags. You don’t hear or see nine kids."

Two years ago, while walking around the neighbourhood admiring Christmas lights and decorations, Milligan said she encountered three of the Turpin children and complimented them on the manager with a baby Jesus that they had outside their home. She said the children froze if by doing so they could become invisible.

"20-year-olds never act like that," she said. "They didn't want to have a social conversation."

Nicole Gooding, 35, who has lived in the neighbourhood for three years, said that the first time she saw the family was two months ago when the mother and children cleaning up the yard that was full of weeds and overflowing trash cans.

“I had never seen them at all until that day,” she said.

The parents, who are scheduled to appear in court on Thursday, are being held on $9 million bails, police said.

The police statement did not detail the parents' motive for holding the children and a police spokesman said he had no further details.

Six of the couple's children are minors, while the other seven are over 18, parents said.

A Facebook page that appeared to have been created by the parents showed the couple dressed in wedding clothes, surrounded by 10 female children in matching purple plaid dresses and three male children in suits.

David Turpin's parents, James and Betty Turpin of West Virginia, told ABC News they are "surprised and shocked" by the allegations against their son and daughter-in-law, saying they can't understand "any of this".