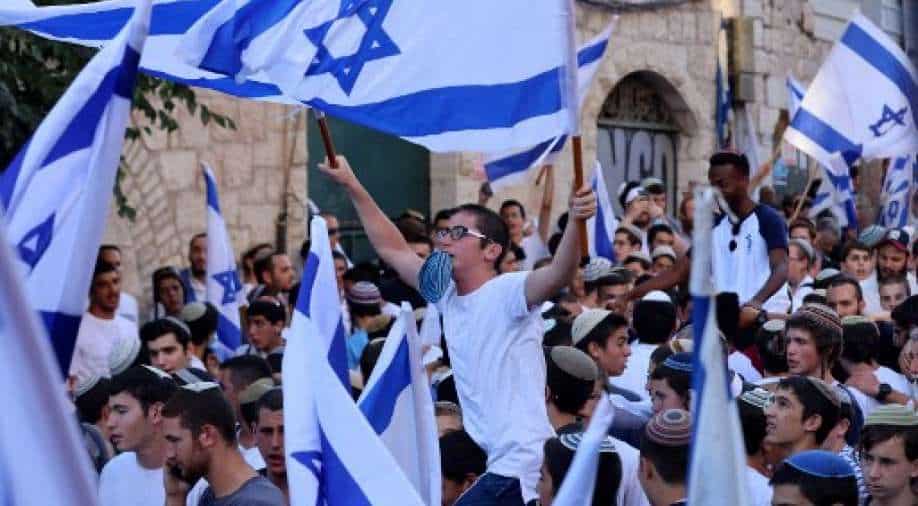 Israelis lift flags as they take part in March of the Flags near Jerusalem's Old City Photograph:( AFP )

Earlier, Israeli groups prepared to carry out their procession in east Jerusalem on Tuesday and hoped to pass through Jerusalem's Old City as reports said there were clashes between Palestinians and Israeli security forces at the Damascus Gate.

The march which was originally planned for May 10 was postponed due to the escalation of the Israeli-Hamas conflict last month which led to the large scale destruction of Gaza by Israeli air attacks followed by rocket fire from Hamas and other militant organizations.

The "March of the Flags" is connected to the anniversary of Israel's 1967 occupation of Jerusalem's eastern half. Meanwhile, Palestinians called it a "day of rage" as prime minister Mohammad Shtayyeh condemned it as a provocation saying that it may lead to "dangerous repercussions".

Palestinian PM Shtayyeh said "provocation and aggression against our people, Jerusalem and its sanctities that must end" even as UN Middle East peace envoy Tor Wennesland urged for calm with "UN and Egypt actively engaged in solidifying the ceasefire."

Hamas spokesman Mohammed Hamadeh had earlier warned Israeli's "not to engage in a military escalation on the basis of the march." The conflict between the two sides between May 10 to 21 had led to the deaths of at least 260 Palestinians. 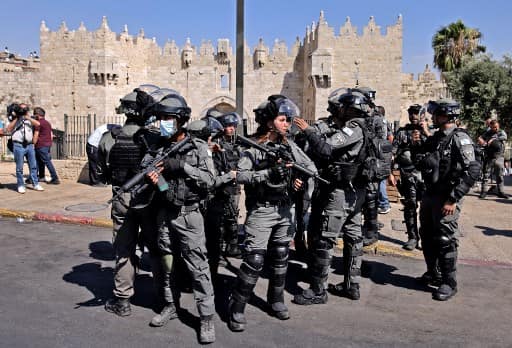 In Israel, at least 13 people were killed as rocket attacks from Gaza had led to the escalation of conflict before Egyptian authorities stepped in to ensure a ceasefire.