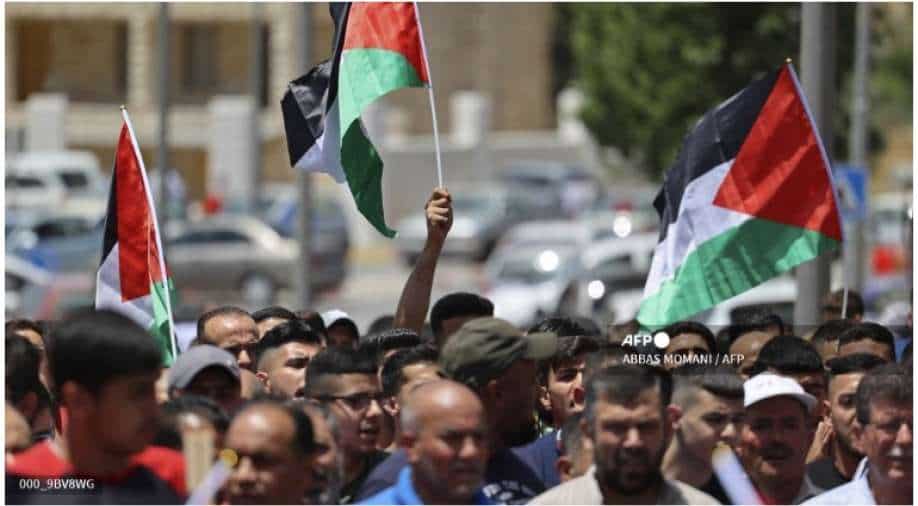 Palestinians protest against Israeli settlements and calling for the return of bodies of Palestinians detained by the army, on June, 11 2021 Photograph:( AFP )

Palestinian medics and health ministry said on Friday that a Palestinian teenager died after Israeli army shot him during clashes in West Bank.

Palestinian health ministry has said that six others were wounded due to live gunfire.

According to Palestinian news agency Wafa, violence took place during "a public protest against Israel's construction of a colonial settlement outpost near the village", to which the army responded with live fire and teargas.

The teenager's death has come just a day after three Palestinians were killed by Israeli special forces. The forces were on a mission to arrest suspected 'terrorists' in West Bank.

Violence in the West Bank increased in early May, with at least 30 Palestinians killed in clashes with Israeli forces and in alleged attacks.

That came amid a flare-up in Israeli-annexed east Jerusalem that led to 11 days of fighting between Israel and Palestinian militants in Gaza.