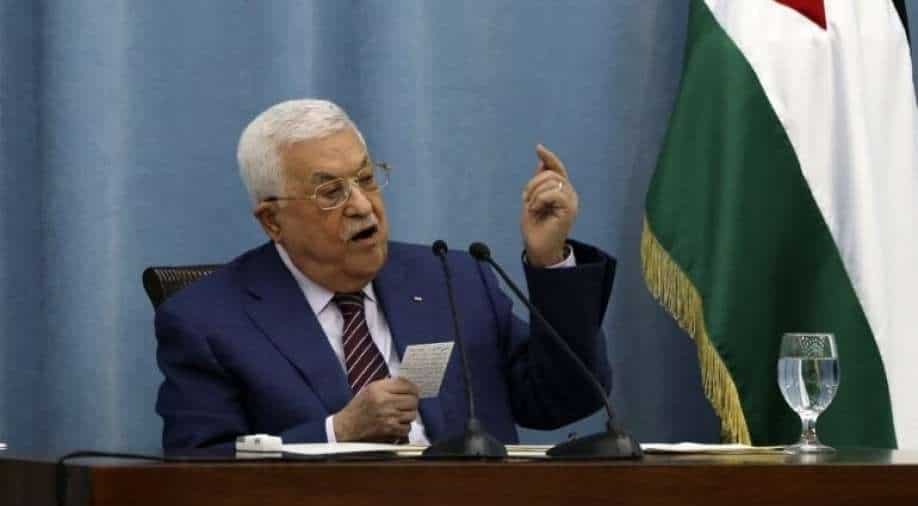 Palestinian President Mahmoud Abbas speaks during an emergency meeting of the Fatah Central Committee and the PLO Executive Committee in the occupied West Bank City of Ramallah Photograph:( AFP )

Abbas accused Israel of 'brutal attacks on civilians and deliberate bombardment of homes.'

Palestinian President Mahmoud Abbas says Israel is carrying out ''organised state terrorism and war crimes'' in Gaza that are punishable under international law.

In a televised address Wednesday, he said the Palestinians ''will not hesitate to pursue those who commit such crimes in front of international courts.''

Abbas is the head of the internationally backed Palestinian Authority, whose forces were driven from Gaza when the militant Hamas group seized power in 2007. The PA has limited autonomy in parts of the Israeli-occupied West Bank.

Earlier this year, the International Criminal Court launched an investigation into possible war crimes committed by Israel and Palestinian militants during the last Gaza war, in 2014. It has expressed concern about the latest round of fighting.

Abbas accused Israel of ''brutal attacks on civilians and deliberate bombardment of homes.''

Israel says it only strikes militant targets and makes every effort to avoid harming civilians, including by warning people ahead of some strikes.

Hamas and other militant groups have launched hundreds of rockets into Israel. The indiscriminate fire is widely seen as violating international law.