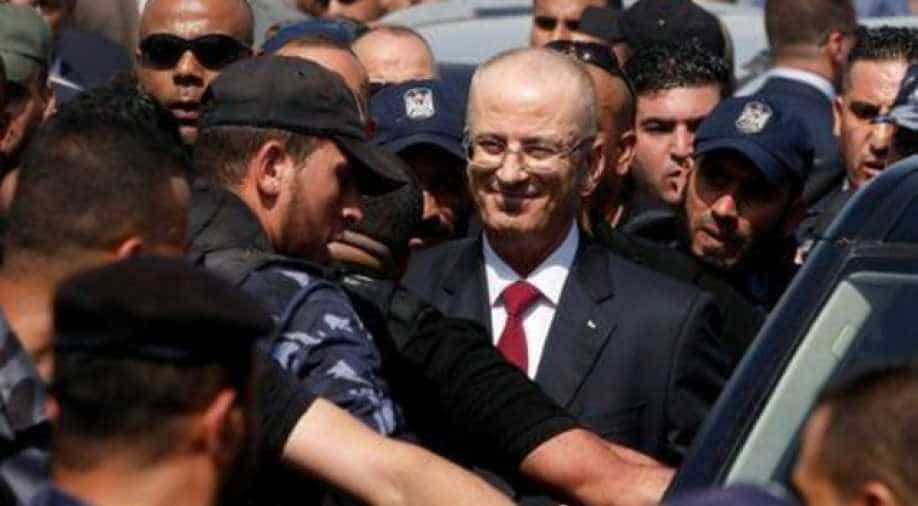 The explosive device was detonated after Hamdallah and his convoy passed through the Beit Hanoun checkpoint with Israel in northern Gaza, reports said.

Hamdallah was not injured in the explosion, which occurred shortly after his convoy entered for a rare visit to the territory run by Islamist movement Hamas, a security source in the convoy said.

According to initial reports, several people were lightly wounded in the incident.

The cause of the blast was not immediately known. Hamadallah, who is based in the Israeli-occupied West Bank, travelled to Gaza for the inauguration of a waste treatment plant.