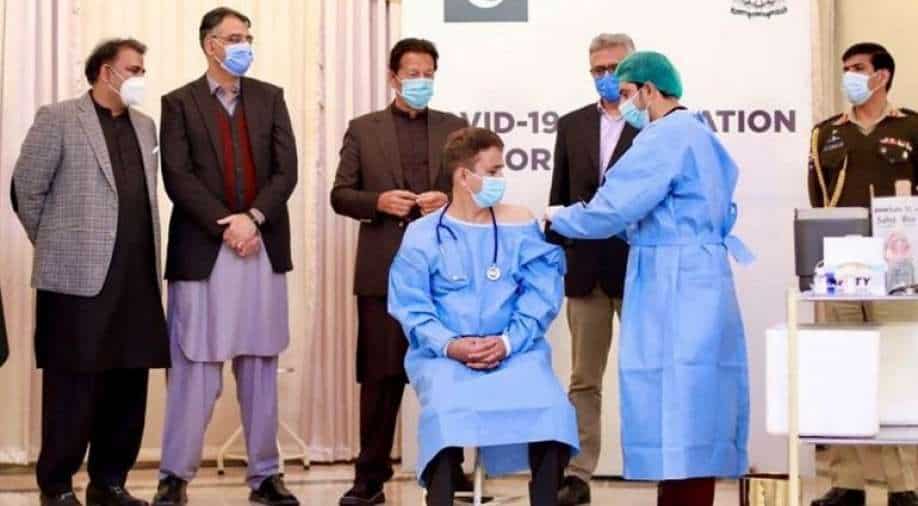 China has donated around 500,000 doses of the Sinopharm vaccine, which is yet to be fully approved by China's health authorities, to Pakistan

Pakistan will begin administering a Chinese-made Covid-19 vaccine to frontline health workers Wednesday, but the country is still months away from a mass roll-out.

China has donated around 500,000 doses of the Sinopharm vaccine, which is yet to be fully approved by China's health authorities.  A million doses are expected to be delivered by the end of the month.

Pakistan has recorded more than half a million coronavirus cases and around 11,000 deaths. However, the limited testing done by the country suggests true figures are likely to be much higher.

Lawmaker Nausheen Hamid, who leads Pakistan parliament's health committee, said health workers will get priority in the first phase of vaccinations. "I can't say with certainty, but we would still need around two months to start a mass vaccination campaign," Hamid added.

According to the Sindh province health authority, around 100 healthcare workers nationwide had died since the virus spread in the world's fifth-most populous country last year.

Pulmonologist and Covid-19 expert Shazli Manzoor said the Chinese vaccine suits Pakistan as it can be easily stored at between two and eight degrees Celsius, compared to -70 degrees Celsius for other vaccines. The government would also set up special clinics to monitor the effects of the inoculation.

Some doctors have questioned the effectiveness of the vaccine. "It lacks transparency and data compared to other vaccines," said a Pakistani healthcare worker.

Pakistan has also been promised up to 17 million doses of the AstraZeneca vaccine in the first half of 2021 under the Covax global pool, the government has said.

Pakistan has not been included in the list of countries, which are receiving vaccines from neighbouring India.

In a symbolic ceremony in front of Prime Minister Imran Khan, a doctor in Islamabad was the first health worker to receive the jab on Tuesday night.