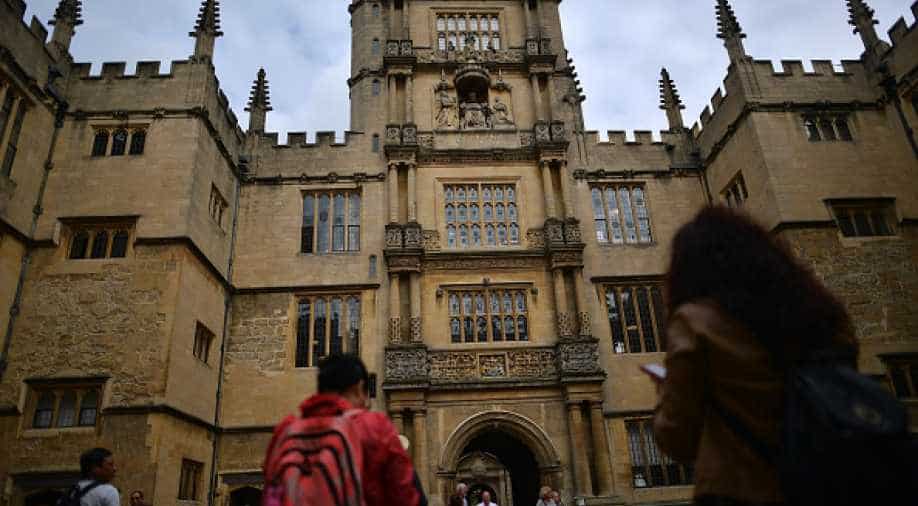 An Oxford University college has become the scene of a so-called "dirty protest" after it introduced gender-neutral toilets recently.

Male students of Somerville College reportedly urinated on the floor of the "gender-neutral" cubicles in the college bar last week and wrote on the wall: "We want our... Urinals back," according to an email sent by the president of the junior common room, Niall Macklin.

Somerville students voted in January to replace "male" and "female" signs with the words "gender-neutral toilets with cubicles". The lavatories in question no longer feature urinals but have cubicles with male and female symbols, according to reports.

In a message entitled "I can't believe I am writing this", Macklin wrote: "Someone took it upon themselves to urinate on the floor of one of the cubicles and inscribe 'We want our... Urinals back'. If you have a problem with the changes, please use the democratic process and not dirty protests.

"Otherwise if you could refrain from being a barbaric idiot that would be great."

Somerville College said it had warned students that "vandalism" would not be tolerated, adding, "We expect all college members to treat each other with respect."

The college also faced some student opposition over its signage for the gender-neutral toilets, with the Junior Common Room (JCR) Lesbian Gay Bisexual Trans and Queer (LGBTQ) officer warning that the new signs do not go far enough in making a statement about the college's non-binary male-female approach.

"The JCR's request was specific for a reason.

There is no point in initiatives with a premise of trans inclusivity that do not actually have a positive impact for trans students," said Somerville JCR LGBTQ officer Eilidh Wilson.

A motion to replace the toilet signs was overwhelmingly supported by the JCR last term, with 83 votes for and 16 against with eight abstentions. Students want the signs to explicitly say "gender neutral", instead of using the traditional male-female signs.