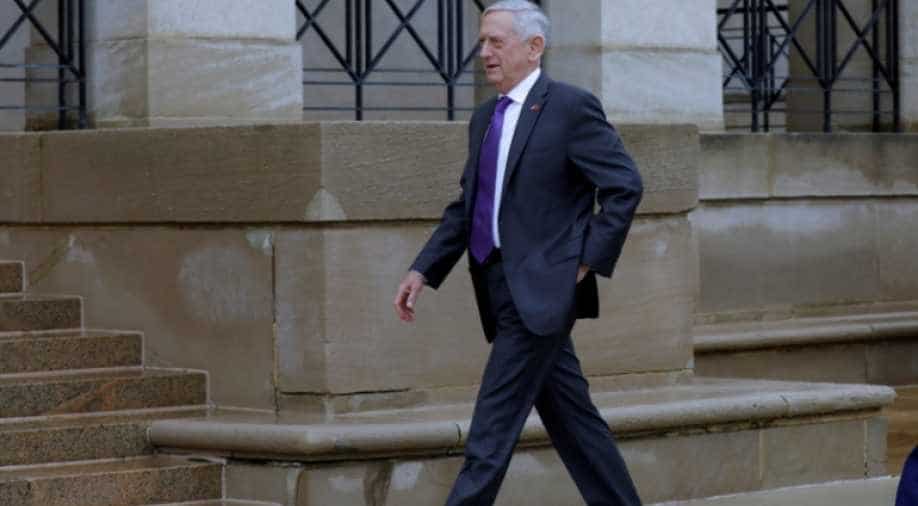 The signing, which had been expected, occurred after Trump announced on Sunday that he would replace Mattis two months earlier than expected.

Outgoing US Defence Secretary James Mattis has signed an order withdrawing US forces from Syria, a Defense Department spokesman said on Monday, following through on a decision by President Donald Trump that helped trigger Mattis' resignation last week.

The signing, which had been expected, occurred after Trump announced on Sunday that he would replace Mattis two months earlier than expected, move officials said was driven by the president's anger at a rebuke of his foreign policy contained in Mattis' resignation letter.

"The execute order for Syria has been signed," a Defense Department spokesman said in an email to Reuters that provided no operational details.

Officials have cautioned against a timeline but the withdrawal could begin in weeks. A senior official said a specific plan was being worked on.

On Wednesday, Trump said he was withdrawing US troops from Syria, citing its cost in terms of US military lives and taxpayer money.

Mattis, whose embrace of NATO and America's traditional alliances often put him at odds with Trump, had advised against the Syria withdrawal - one of the factors in his resignation.

Mattis is highly regarded by Republicans and Democrats alike and his departure added to concerns over what many see as Trump's unpredictable go-it-alone approach to global security.

In his resignation letter, Mattis had said he would step down at the end of February to allow for a successor to be confirmed and to attend congressional hearings and a key NATO meeting.

But Trump, who was irked by the attention given to Mattis' letter, said Deputy Defense Secretary Patrick Shanahan would take over on an acting basis from January 1.