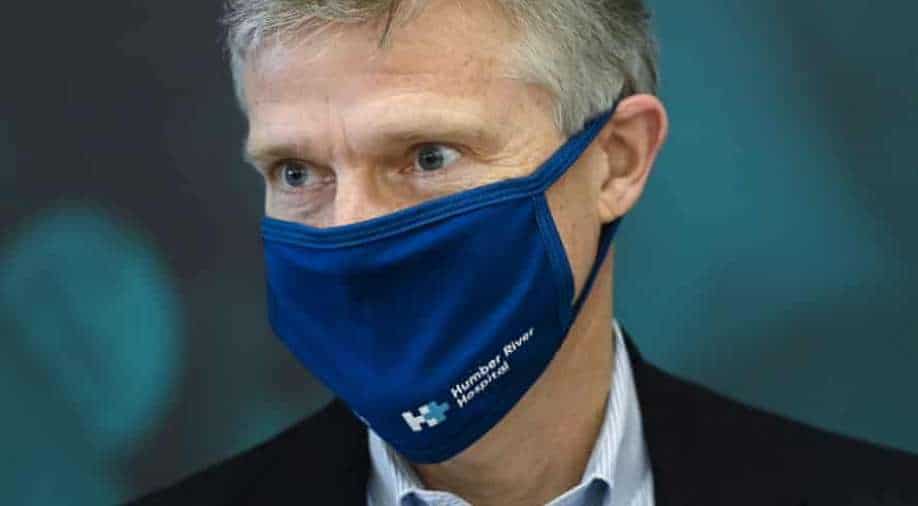 Posts on Rod Phillips’s social media accounts suggested that he remained home over Christmas, but it emerged on Tuesday that the minister flew to the island of St Barts in mid-December and ignored a coronavirus lockdown to on this trip

Ontario’s Finance Minister Rod Phillips is under pressure to resign after he admitted that had flouted Canada's coronavirus restrictions to go on vacation in the Caribbean.

Posts on Rod Phillips’s social media accounts suggested that he remained home over Christmas, but it emerged on Tuesday that the minister flew to the island of St Barts in mid-December and ignored a coronavirus lockdown on this trip despite his own government’s advice to avoid non-essential travel.

As the scandal grabbed headlines in national media, Ontario Premier Doug Ford insisted he had not been aware of Phillips’ plans to make the trip.

He admitted, however, that at some point he became aware of the minister’s overseas travels, yet did not demand he return immediately to the province – at least not until the trip became known to the media.

“I did call him shortly after he arrived and I asked him and he said he was away,” Ford told reporters on Wednesday, saying elsewhere that he was “extremely disappointed” in the minister’s decision to travel “at a time when every Ontarian has been asked to make sacrifices.”

As we all make sacrifices this #Christmas, remember that some of our fellow citizens won't even be home for Christmas dinner over Zoom.

Thousands of front line heroes will be at work, looking out for us.

Who is the special hero in your life you want to thank?

Phillips went to some lengths to conceal his location during his stay in St. Barts. During a video conference call on December 16, the finance minister used a virtual backdrop of Ontario’s legislative building while he spoke over the sound of waves, as the province’s Liberal Party later pointed out in a tweet.

.@RodPhillips01 are those waves we hear behind your Queen’s Park Zoom background? This is disgraceful, and Ford knew about it for two weeks. #onpoli

Staff from Phillips’s office said on Tuesday that the minister’s trip to St Barts, a popular destination for wealthy travellers, was planned. But with coronavirus cases spiralling in Canada’s most populous province, calls were growing for the finance minister to resign or be fired.

The admission followed weeks of speculation about whether the minister had remained in Canada, where national and provincial health officials have urged against “non-essential” travel amid the coronavirus pandemic.

The revelation of Phillips’s Caribbean vacation came as Ontario reported two days in a row of record coronavirus cases. On Wednesday, the province announced 2,923 new infections.

In a statement, Phillips said that he “deeply regrets” the trip and adding that if he had known Ontario would be in lockdown, he would not have left the country.

“It was a mistake and I apologise. I left on a personally paid-for trip to St Barts on 13 December following the end of the legislative session.”

It's #ChristmasEve. To my constituents in #Ajax & people across Ontario, all the best during this special time of year. Even as COVID-19 changes how we celebrate, we should reflect on what makes Christmas so special to us - including family & the act of giving. #MerryChristmas! pic.twitter.com/AX7hKWA88n

Criticism of Phillips has focused on his social media accounts, which appeared to suggest he had remained in his constituency over the holidays.

Rod Phillips and his staff put an enormous amount of effort into his deception. https://t.co/nitO2ScJvn https://t.co/XMW8QirXiK

Provincial New Democratic party leader, Andrea Horwath, called for Phillips to be ejected from the cabinet.

, deeming the situation “shameful” while blasting Ford for “knowing that this was the case and simply turning a blind eye.” She added: “There has to be some accountability for these kinds of things.”

Under Canadian law, Phillips will be required to quarantine for 14 days upon his return to Ontario. More than 40,000 people have returned to Canada from abroad during the pandemic and only 130 tickets have been issued for breaking quarantine.

Phillips joins a long list of world leaders and lawmakers caught flouting Covid-19 restrictions, including rules they themselves helped to implement.