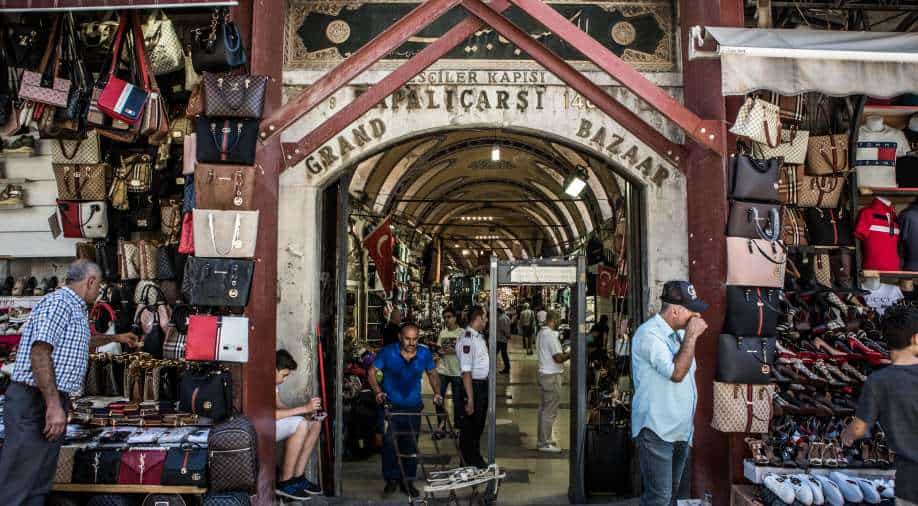 (File photo) Inside the Grand Bazaar in Istanbul Photograph:( The New York Times )

Lines outside bread stores and gas stations; farmers defaulting on loans; impromptu street demonstrations. The signs of economic distress in Turkey are all too clear as the lira continues a dizzying slide.

Sporadic protests have broken out around Turkey and the opposition parties have called for a series of rallies to demand a change of government after the lira crashed sharply last week. The latest week of turmoil follows months of worsening economic conditions for Turkish citizens. The currency has lost more than 45% of its value this year, and nearly 20% in the last week, continuing its downward trend on Tuesday.

Economists have tied the currency crisis to President Recep Tayyip Erdogan’s direct interference in monetary policy and his determination to lower interest rates.

The latest crash in the currency came after Erdogan gave a speech last week outlining his determination to keep rates low as a way of promoting economic growth. He reaffirmed his opposition to raising rates again in comments to reporters aboard his plane as he returned from a visit to Turkmenistan on Monday.

“I have never defended raising interest rates, I don’t now and will not defend it,” he told the reporters. “I will never compromise on this issue.”

There are rumblings of public dissent, unusual for a country where only officially sanctioned demonstrations are permitted and the main television channels and newspapers follow the government line.

Scores of people have been detained for joining street protests. The police detained 70 people in several districts of Istanbul last Wednesday who were protesting the government’s management of the economy, after a record drop in the lira the day before.

Necla Sazak, an 80-year-old retired bank employee heading home with a bag of groceries, said she was surviving on credit cards.

“Our purchasing power dropped — our money has no value anymore,” she said.

Erdogan has promised that low interest rates will help kick start the economy within three to six months, but economists said they detected little confidence in his policies at this stage.