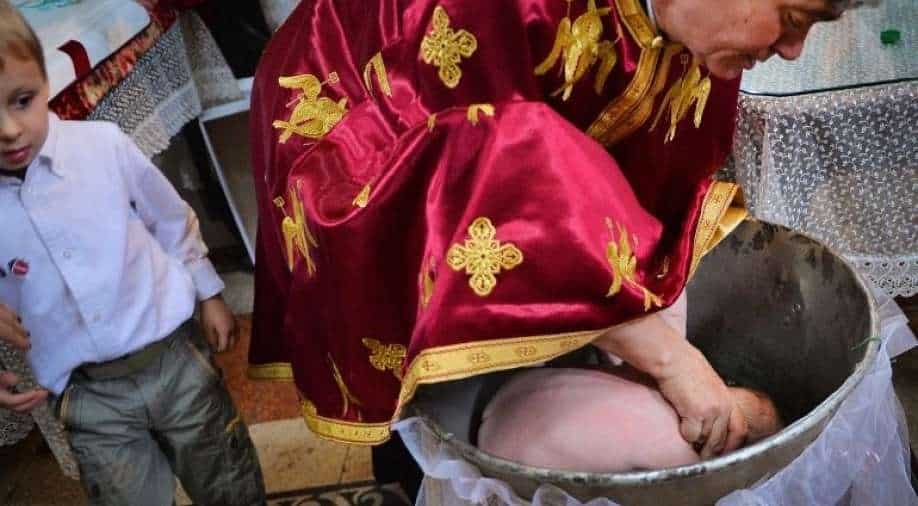 A few hours post the hospitalisation, the child died with the autopsy revealing that liquid was found in his lungs

The Orthodox Church is facing severe backlash after a Romanian child died following a baptism ceremony that involves immersing a child three times in holy water.

The six-year-old was rushed to a hospital on Monday as he was hit by a cardiac arrest.

A few hours post the hospitalisation, the child died with the autopsy revealing that liquid was found in his lungs.

Prosecutors have launched a manslaughter probe against the priest who performed the ritual in the Romanian city of Suceava.

More than 56,000 people backed an online petition by Thursday evening that called for changes in the way the ritual is conducted.

"The death of a newborn baby because of this practice is a huge tragedy," a message with the petition said.

"This risk must be ruled out for the joy of baptism to triumph."

A netizen described the ritual as "brutality" and another said it reflects the "stubbornness of those who think that it is the will of God".

Church spokesman Vasile Banescu said a little water on the baby's forehead could be poured instead of complete immersion.

However, Archbishop Teodosie, leader of the Church's traditionalist wing, said the ritual would not alter.