Orangutan tries to save conservationist stuck in a river; a wholesome story from Borneo 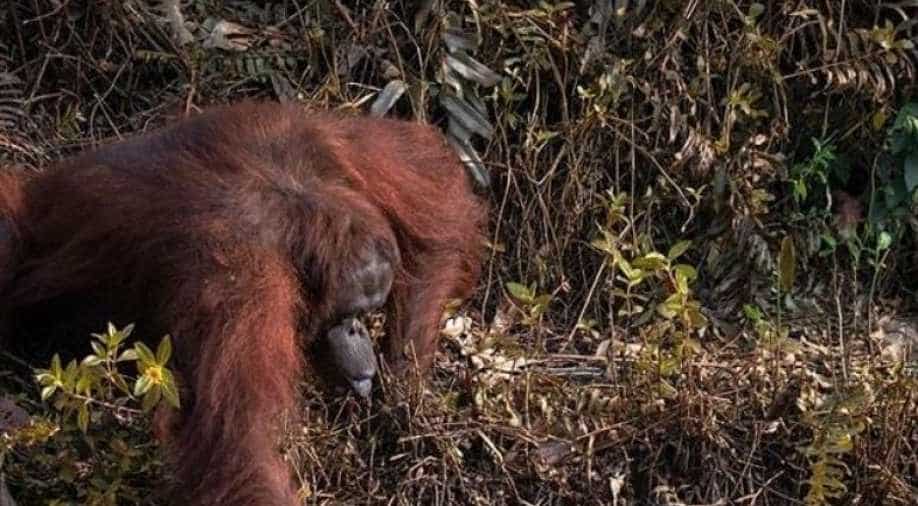 The orangutan extended a helping hand to a man stood in the river. Photograph:( Twitter )

The orangutan, upon seeing the man waist deep and struggling to cross the river on account of being stuck, offered an outstretched arm to the human.

It is said that animals and humans share a bond that transcends time and blossoms on rare occasions. Though it may be poetic verbiage, the image captured of an  reaching out to pull free a conservationist who got himself stuck in a river sure does reinforce the idea.

This incredible photo of a conservationist being helped by an orangutan in an attempt to rescue the person stuck in a river was taken in the lush forests of Borneo. The man was searching for snakes in the river to relocate them, thereby helping the communities of apes residing in the area.

The orangutan, upon seeing the man waist deep and struggling to cross the river on account of being stuck, offered an outstretched arm to the human. 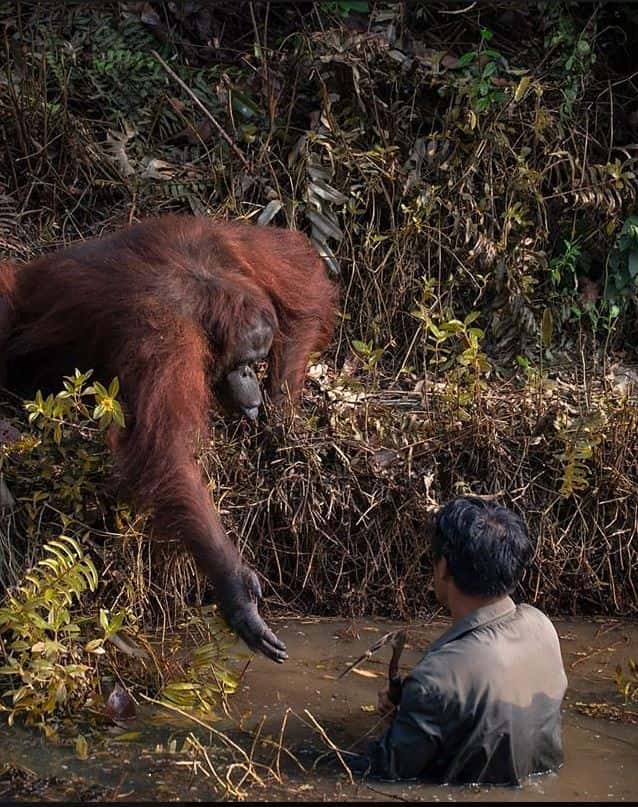 Anil Prabhakar, a tourist who was on safari with his friends came across this touching scene and has not only managed to capture it for posterity but has also reignited the hope for a future where human society will be able to coincide with nature in harmony.

The unnamed conservationist worked for the Borneo Orangutan Survival Foundation, which is an organisation that works to protect the endangered species. Striking a chord with many was the image the foundation shared on Facebook.

Upon being asked by Mr Prabhakar the reason behind refusing the hand of the orangutan, he said, 'It's a wild animal, not one we are familiar with.'