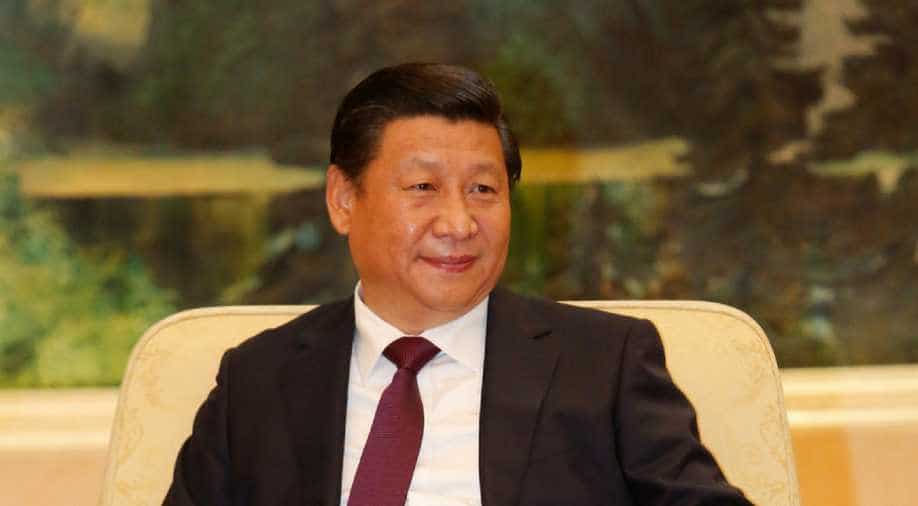 A file photo of Xi Jinping. Photograph:( Others )

Post 19th Congress of the CPC, Xi Jinping’s self-election, the enshrinement of his thoughts and ideas like the Belt and Road Initiative (BRI) in the Chinese Constitution, and self-achievement of parallel status to Mao Zedong, made headlines across the globe.

His being “Chairman of everything” after routing all his possible competitors through every possible means, including famous anti-corruption drive, has definitely created some disgruntled elements in his system, who may not speak now because disagreeing with Xi ‘The Core’ is anti-national and may lead to jail. This may well create a pressure cooker kind of situation, having no safety valve.

How Xi Jinping became so powerful?

In exploring the power of Xi, one finds that Xi Jinping’s ambition and journey to such powerful autocratic position started immediately on taking over as President after 18th Congress. In his initial speeches, he talked of ‘Young Chinese to Dream’ and “Revitalisation of the nation” which later turned to “Rejuvenation” as China’s national dream in the 19th Congress.

The script of “Xi Jinping Thought on Socialism with Chinese Characteristics for a New Era”, now enshrined in the Constitution, was in his mind since 2012. His strength is that he was able to successfully sell the dream of ‘Making China great’ with making ‘Xi great’ embedded in it. He was able to sell the dream of prosperous life, and his anti-corruption drive was most popular amongst masses, notwithstanding the accusation of systematically eliminating the entire dissent under this drive.

He also demonstrated that mainland China is the safest place in the world with no terrorist attack so far, (even if it amounted to appeasing some militant groups like JeM, or buying out few others based in Pakistan), in an era when almost every other country doesn’t find itself safe from terror attacks. The masterstroke was getting the PLA under full control by becoming the Commander in Chief of Joint Battle Command of PLA, and now reorganising CMC as its Chairman with his loyalists on top hierarchy.

He also used the relative inaction period of the US by increasing international gains and incremental encroachment in the South China Sea. While President Trump spoke of ‘America First’ giving the inward-looking impression, President Xi continued with ‘China First’ without speaking about it, giving an outward-looking impression. Today he stands tall almost as an autocratic leader of China with no worthwhile checks and balances.

Are Xi’s Achievements worth his status to be in league with Mao?

Xi’s critics have a reason to argue that he has got much more than his dues. Economically, he took over at 7.9 per cent GDP and entered 19th Congress with a downward slide to approximately 6.5 per cent. Notwithstanding global slide, his economic achievements do not match Deng Xiaoping. He initiated BRI which has not met much success so far because the countries who partnered it are finding it exploitative, including its closest ally Pakistan.

Despite his attractive packaging of BRI as a win-win initiative for inclusive growth, most of the countries found it to be Win-China initiative purely to offload over capacities and trade surpluses to boost dipping economy, increasing strategic footprints, getting warm water access and exploiting their resources. It is viewed as China-centric global connectivity model, conceived by him, and expecting the world to follow by purse diplomacy or coercion.

It started showing true intentions when a bulk of the contracts and jobs went to Chinese companies with China grabbing land and resources of poor countries, which cannot pay back. The success of AIIB can also be attributed to the desire of participating countries to find an alternate source of funding other than the US-dominated IMF or Japan dominated ADB.

The anti-corruption drives made him popular amongst masses, but also gave him a tool to wipe out dissenting elements. All his so-called achievements covered in boastful speech, to my mind do not measure up to Mao Zedong, who fought as a military commander, raised the Peoples Republic of China out of peasants’ force to People’s Army to PLA after a long march and struggled to give the shape to the country.

The only recognisable achievement of Xi Jinping, in my opinion, is that he managed the power play better than most of his predecessors in his last five years, to make himself great.