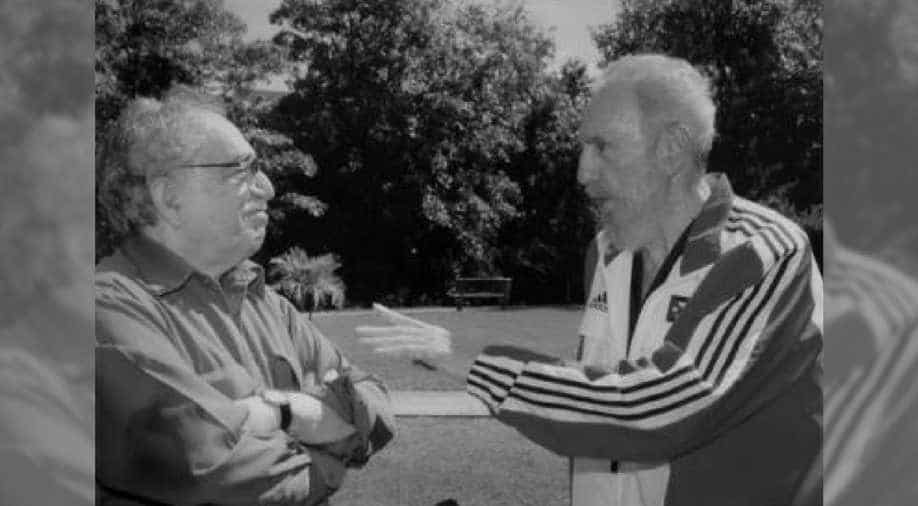 Nobel Prize-winning Colombian author, Gabriel Garcia Marquez, is one of the most widely read Latin American authors in the world. His novels One Hundred Years of Solitude and Love in the Time of Cholera are among many people’s favourite books. But, despite loving his books, many of his readers have found it difficult to understand his political views – especially his support and friendship for the deceased former president of Cuba, Fidel Castro.

The relationship between the two Latin American legends makes for compelling reading. It began a few years before the triumph of the Revolution, when Garcia Marquez (“Gabo”) met the Cuban poet Nicolas Guillén in Paris. Guillén, who told him about a young law student, Fidel Castro, who might be the person capable of overthrowing Fulgencio Batista’s regime. Gabo met Castro for the first time in 1959 after the “triumph” of the revolution – when the Cuban leader invited journalists from around the world to cover “Operación Verdad” – his plan to prosecute Batista’s former collaborators. They exchanged a few sentences at that time but not much more.

The triumph of the revolution and the implementation of a socialist society corresponded to Garcia Marquez’s hopes for a better future for Latin America, and he joined other Latin American intellectuals offering public support to Castro’s revolution. But this romantic journey was interrupted in 1968 by the outbreak of the Padilla Affair, which represented the end of the freedom of expression and opinion in Cuba. The arrest and show trial of Heberto Padilla, a poet who had been critical of Castro’s revolution, was greeted by dismay by many of Castro’s formerly steadfast supporters – including the Peruvian Nobel Prize-winning writer Mario Vargas Llosa – himself at that time a close friend of Garcia Marquez. Gabo himself, however, continued to support Castro – to the surprise of many.

At this stage García Márquez was not particularly close to Castro – he had yet to convince the Cuban leader of his commitment towards the revolution. And, despite several unsuccessful attempts to get to know Castro in person, it wasn’t until 1977 – after reading several articles written by Garcia Marquez about Cuba – that Castro decided to approach the Colombian writer in person.

Castro was due to give interviews to journalists from Agence France Press and Reuters, but instead he suddenly appeared at the Hotel Nacional de Cuba – where Gabo was staying – and asked to talk to him. They first discussed Garcia Marquez’s latest trip to Angola and issues related to his stay in the African country – such as the food – Gabo later said he had never met anyone that knew more about seafood than Castro. This first personal encounter between the two achieved an instant connection. Castro’s interview with the waiting journalists was cancelled and Castro instead accompanied Gabo to Havana airport to see him off.

Over the years, this first encounter developed into a true friendship. Garcia Marquez always said it was a friendship based on their common interest in literature. Gabo spent prolonged periods in Havana with his wife Mercedes – and Castro was a frequent visitor at his house in Havana (which was a gift from Castro) and would appear at any time of the day or night. He described Castro as an avid reader, who would begin a book in the evening and comment on it on the following day.

The author said he never understood how Castro managed to find the time to read so much and so thoroughly. One day, discussing Garcia Marquez’s book The Story of a Shipwrecked Sailor, Castro said that there was a miscalculation in the speed of a boat. The Cuban leader’s eye for detail lead to Gabo asking Castro to read his manuscripts before submitting them – and there were several instances where Castro’s observations led to factual corrections in Garcia Marquez’s books. Gabo even said that he wouldn’t publish a book anymore without having had Fidel proofread it.

At the same time, Gabo also had some measure of influence on the Cuban leader. Critics point to the fact that Garcia Marquez never publicly talked negatively about the way Castro was governing Cuba. However, it has to be noted that several of his close friends we talked to when researching for our book: Fidel and Gabo: A portrait of the legendary friendship between Fidel Castro and Gabriel Garcia Marquez, all said the same – if there was one person that wasn’t afraid to criticise Castro, it was Garcia Marquez.

It seemed the author preferred to discuss any criticisms of Castro with the Cuban leader himself. We were told of some profound differences of opinion – for example in the case of former Cuban General Arnaldo Ochoa and Colonel Tony de la Guardia, who were executed for drug smuggling and treason in 1989. The general’s daughter told us Garcia Marquez tried to intervene to change Castro’s mind, but to no avail. The author’s influence was important, however, in the decision to free several high-profile political prisoners, including Padilla, Norberto Fuentes and Armando Valladares.

On April 17 2014 – on the day of Garcia Marquez’s death – the Cuban newspaper Granma published an article by the author about Castro in which one is immediately struck by Gabo’s affection towards his lifelong friend. As he said:

This is the Fidel Castro that I believe I know. A man of austere habits and insatiable illusions, with an old-fashioned formal education of cautious words and subdued tones, and incapable of conceiving any idea that is not colossal.

Many commented on the fact that Fidel didn’t say anything publicly about Garcia Marquez’s passing – but only sent a wreath with the words “to my endearing friend”. He could as easily have called him an enduring friend – a fitting reference to a close relationship that lasted nearly four decades and informed both of their lives and their work. 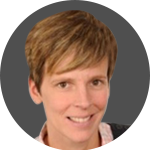